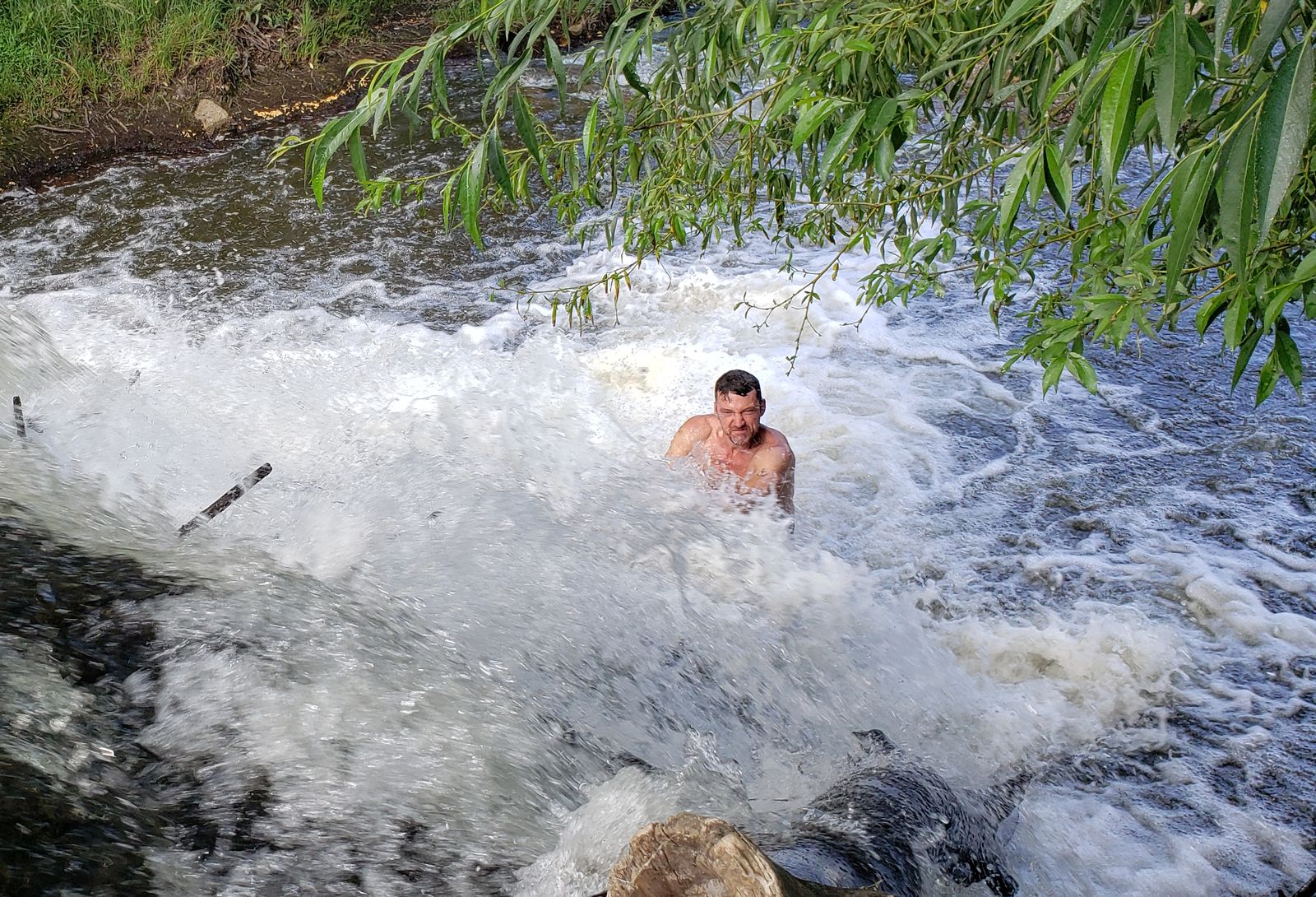 Shit! I just found out that I last wrote a blog post for you on April 18th, and now it’s the end of July. That is the whole a quarter of a year that I have left this wonderful, golden field of interesting opportunities and people untouched.

How could Mr. Money Mustache, who has been a reliable financial advice manager since 2011 and is usually good at least for one post per month, have they moved so far away from his original devotion? This is a question that serious fans are asking themselves and that I have started to ask myself.

When you step out of any habit, it’s hard to get back into it: psychological barriers are starting to stack up and the pressure is growing and you’re waiting for an increasingly unattainable perfect situation that, surprisingly, never really comes.

If you’ve broken the exercise habit, you can tell yourself

“Oh, I just have to get over this injury or this cold … And then my mom will be visiting next week, and then I’ll be ready to go back to the gym.”

I apologize for my blogging hobby as:

“Oh, now that it’s been so long, I have to wait to have something really interesting or worth saying.

And yes, okay, I may have a few such articles in my draft folder, but these require a lot of thinking and focus to write, so I’d rather wait until I feel really smart and focused to tackle this topic. ”

‘Fuck. I will do something for my goal, no matter how small. ”

For get back in shape, you just need to start with at least a few push-ups you can do right now on the floor of your office or kitchen. To revive the MMM Blog, Mustache must type some shit into your computer, and hell, why not just a light and easy article that would tell you about some interesting things I did instead of blogging?

Some stories from a the real life of early retirement, which may be more relevant than ordinary old financial analysis and reader case studies. And when life embraces us all, it may be easier to maintain regular contact from now on.

So in a relatively rapidfire format, this is what I was doing this spring and summer:

1) Renovation of our new two-house complex

You may remember that I reunited with a friend in January buy a neighboring house, with cash, at below market price. When she moved in, we found that she needed even more renovation than we had originally planned. So I had a happy time tearing down the walls, framing the new windows and doors, redesigning the floor plan and changing the wall surfaces, and repairing the poor plumbing and electrical work I found along the way.

In my house right next door, I went a little wild with metalwork, made all sorts of fences and decks, and even a “Juliet Balcony” that has a fire pole that allows me to quickly slide down from the master bedroom into the land where we have a common a hot tub between our properties – of course in an emergency.

I’ve been saying for years that I would never do that, but somehow a very compelling filmmaker who shot some documentaries that I really respect led me to help out with probably a pretty big documentary.

I did a casting call March and found a couple that I now train and work with throughout 2021. The film company doesn’t want to talk much about it until they’re ready to release it, but suffice it to say it takes a lot of my time and energy stemming from what would otherwise be my time budget for writing a blog.

However, this is a good kind of distress – it forces me to experience things I would not otherwise do, and the end result will reach many more people than I could just write on this website. I’m keeping my fists up that it will turn out the way I hope!

From the start, I’ve mostly ignored the fact that I kind of have a list of email subscribers, with predictable poor results. People were able to automatically subscribe and unsubscribe from the subscription and the only thing they gained was automatically posting new blog posts on the day I posted them. Emails were poorly formatted, people who had non-gmail addresses often had trouble subscribing, and many were probably wondering why I couldn’t improve performance.

Fortunately, there was a small crisis that forced me to finally solve this problem: Google announced that it was closing the outdated Feedburner email service, so all old-school bloggers like me who still use it was forced to move to a more modern platform.

I did some research and in the end I decided to choose a higher price range ConvertKit, which is one of the most popular email services. He can do a a lot more cool stuff, and I took advantage of that to create an automated (and of course free) series of “MMM Boot Camp” emails that people can sign up for.

It’s just a handy source for some of my most useful articles (about 35 out of 500) that are automatically published to people once a week until they graduate, so you’d think it would be pretty easy to create. .

But as I read my old stuff, of course, I found that a lot of this was distorted and outdated, so I ended up partially rewriting each of those 35 posts, which took a while. The good news is that there are updated versions here on the website also, so the work is expected to benefit anyone who happens to read them in the future.

4) Lots of fun (and tough moments) in real life

I had a series of wonderful visitors who came and stayed in my house, sometimes for a week or more. My friends and I hosted some big events HQ Coworking space, which at the same time left me full and exhausted. Then in mid-July I got a streptococcus in my throat that counted me for a whole week or more – even after the antibiotics did their magic, I still had ups and downs with energy.

And then there’s the heat, of course – in cold weather, I’m getting more and more energetic (typical 50-degree sunny winter days in Colorado are some of my favorites for working outdoors in T-shirts and jeans). That’s why the summer season here is always a challenge for me, with an endless procession of cloudless 95-degree desert days (35C) that make me resent the very sun I usually so revere. I took refuge indoors more than I should have, I hid in my air-conditioned house and made excuses and achieved less because of it. At least that led me to the keyboard today to write this blog post.

5) “Pipe cutting” on the seat and installation of a huge heat pump system.

Ever since I first bought the building in 2017, the MMM-HQ coworking space has limped along with a cumbersome decades-old gas stove, a gas water heater that has been delayed for about 20 years due to a spring leak, no central air conditioning at all, and very high bills for utilities because of the way our local gas company charges commercial customers.

When you combine these irritants in contrary to the fact that we have a glorious DIY solar electric string on a roof that creates excess power, you can see why it would itch to tear me apart everything gas appliances, permanently cancel your service bill and install fully electric replacement appliances that are more efficient and will also save one shitty ton of money each year.

I will save all the details on this for the next blog post, but as a spoiler: we found and successfully installed a unit that should be able to cool in heat our building all year round, it is very friendly to its own products, in it only costs about $ 4000 to buy. It would turn out to be a great annual return on investment, and I’m excited to start installing these things on all of my properties and the properties of all the friends doing the upgrades.

And by that I would say we are all trapped.

In the comments: what have you been doing these last 3 months? And what topics do you think should be addressed here at MMM in the next three?