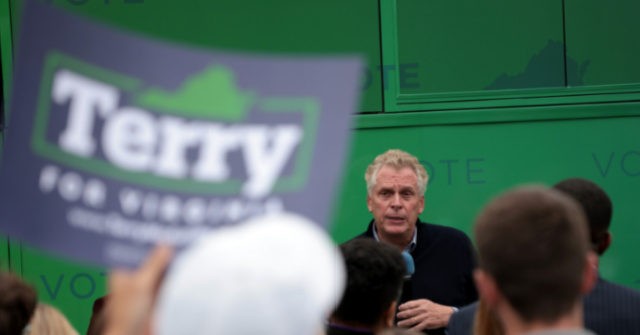 One Terry McAuliffe employee told Fox News reporter Houston Keene to “fuck off” after trying to ask McAuliffe a question after a campaign event in Harrisonburg, Virginia on Thursday.

McAuliffe spoke to a “handful” of his supporters in Harrisonburg in the final week of the campaign ahead of Tuesday’s election. Keene tried to ask the Democratic candidate a question, but one of his Keene employees vulgarly prevented it.

As reported Fox News, “After the event, a Fox News reporter trying to ask McAuliffe a question was told by a Democratic candidate’s staff to ‘f-off’.”

A McAuliffe spokesman said @HustonKeene to “fu-off” when he tried to ask McAuliffe a question yesterday. https://t.co/owbo9KtXwz

Staff response to Keene is just the latest profane gesture by McAullife allies. On Thursday, photos revealed it was given by McAuliffe’s daughter middle man in front of Republican offices that had inscriptions for McAuliffe’s Republican opponent Glenn Youngkin.

As the election approaches, the Democratic candidate’s campaign loses power. Youngkin made great strides in McAuliffe’s once commanding leadership. Recent polls suggest the match is essentially tied. However, in the new survey of the likely voters announced Friday, Youngkin now leads with 49 to 46 percent.

The 2021 Virginia gubernatorial election will be held Tuesday, Nov. 2.