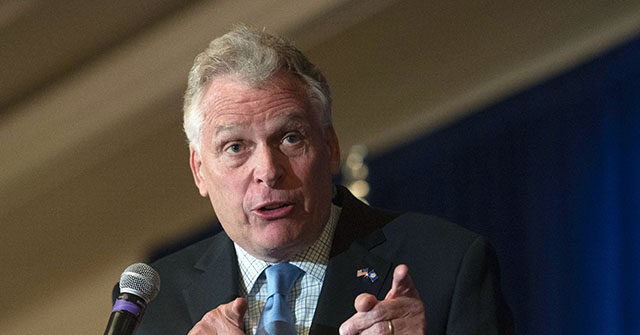 Renzo Olivari, director of communications at Terry McAuliffe, apologized for a series of fanatical tweets that were uncovered just days before the Virginia gubernatorial election.

Social media users shared screenshots showing several of Olivari’s alleged tweets, some of which were deleted after they were revealed.

In these posts, Olivari uses the word N and creates stereotypes about the black community.

#TweetLikeAGuy goes out with blacks

In another tweet, Olivari seems to be complaining about people who repeatedly compare him to a black person.

are you black #SomethingIGetAlot Hahahahah

hello @TerryMcAuliffe. Come get your communication type. He shows his ass and embarrasses you. pic.twitter.com/r0qdYWICqa

As a person of color, I have tried all my life to live in a struggle for communities like mine. When I was in high school, I tweeted things that were obviously unacceptable. I am ashamed and deeply regret what I tweeted.

I take full responsibility and want to apologize deeply and use this as a moment to grow and learn from my mistakes. I will continue to fight for communities like mine in every way possible.

Olivari’s tweets were revealed the same day McAuliffe’s allies tried to portray Republican Glenn Youngkin as a white supremacist and link him to the 2017 Charlottesville protests by planting five people with tiki torches before Youngkin’s campaign. The Never Trump Lincoln project, which has a financial relationship with McAuliffe’s campaign, took responsibility for the venture after it fell apart under public scrutiny.