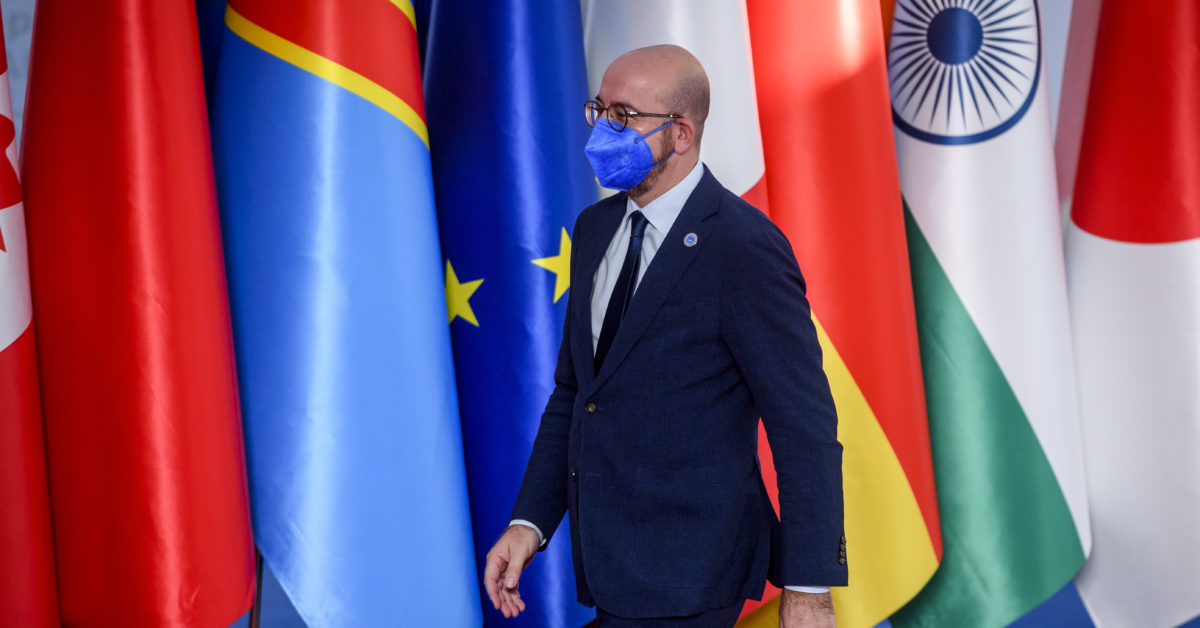 ROME – It took political leaders too long to recognize all the effects of climate change, but the world’s 20 leading economies remain divided over proposals to step up the fight against global warming, European Council President Charles Michel said in an interview.

Speaking to POLITICA before the G20 leaders’ working meeting on climate policy on Sunday morning, Michel called on his fellow leaders to invest the necessary money and effort – to meet the goals of the Paris climate agreement and then exceed them.

“Based on new scientific reports, we see that this is not enough, that we need to be more ambitious,” Michel said.

“Collectively, we took too much time before we decided to listen carefully to the scientists,” the council president said. “But now in the last two, three, four years we’ve understood that this is serious and now we have to speed up. And because we’ve taken too much time before we understand now, the tasks are very complicated and very difficult.”

Michel met with Indian Prime Minister Narendra Modi on Friday morning and said he understood from that conversation that some G20 leaders are very reluctant to agree on a message at the summit outlining their goals and commitments.

“For some countries, such as India,” he said, “we see that it is not easy for them to accept strengthening the goal, as it is more important for them to first make sure that everyone complies with the Paris Agreement.”

Michel announced that there will be difficult discussions between the leaders and their negotiators. “In preparing this statement, we believe that there are still serious problems and that the next hours will be important to assess whether we are capable of merging the G20,” he said.

The Council President praised US President Joe Biden for returning to the Paris Agreements, which his predecessor Donald Trump rejected. But Michel also called on the U.S. administration to be clearer about what it is willing to do. Biden has only limited support in the U.S. Congress for some of the more painful and costly measures needed to reduce greenhouse gas emissions.