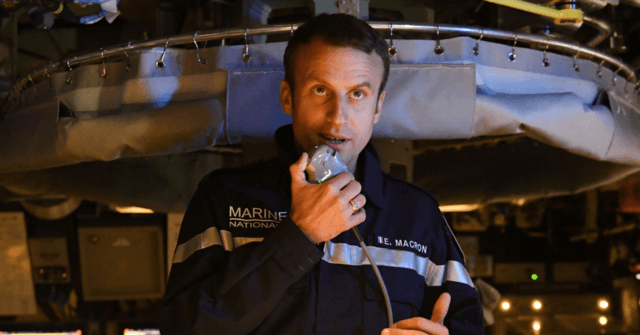 The escalation of tensions in the English Channel between France and the United Kingdom over fishing rights may in fact be a symptom of a wider Brexit dispute, with French Prime Minister Jean Castex acknowledging that Britain should be punished for leaving the European Union.

In a leaked letter to European Commission President Ursula von der Leyen, Mr Castex said Brussels must set an example from the UK to show that leaving the EU is “more harmful than staying”.

in the letter, obtained from POLITICAL and see other news, the French Prime Minister wrote that ‘it is necessary for the European Union to show its full determination for the United Kingdom to fully respect the agreement and to exercise its rights by using the leverage available to it in a determined, united and proportionate manner.

“It is essential to make it clear to European public opinion that compliance with the commitments made cannot be negotiated and that leaving the Union is more harmful than staying within it.”

Mr Castex further argued that if the UK did not comply with the Paris requirements regarding the number of fishing licenses granted, it would have to initiate Article 506 of the Brexit agreement in order to impose similar customs duties on British seafood. The French government has already threatened to take such measures unilaterally, but has so far received minimal support in Brussels.

The reason why some in Europe want to punish Brexit and stifle disagreement is simple.

The EU is not, and never has been, for sovereign nations to participate freely where their interests are aligned.

It has always been a slow march to an ever closer union and centralized control.

France has accused the British government of depriving French vessels of their fishing licenses in the lucrative British fisheries in the English Channel and off the coast of Jersey. The United Kingdom, on the other hand, argued that the vessels whose licenses had been refused did not have a history of fishing in the waters before Brexit and should therefore not be granted access following the UK’s official departure from the EU.

The answer is France threatened use lengthy border controls on British products to exacerbate supply chain problems. The French government has also hinted at a total ban on trade in British seafood in its ports.

Paris is before threatened to cut off energy entirely to Jersey, the largest of the Channel Islands in the English Channel, and the dependence of the British crown along the French coast.

In a further escalation of tension was a British fishing vessel reserved along the French fishing port city of Le Harve on Wednesday. According to a report v Times, the captain of the boat was accused by the French of illegal fishing and could face a criminal trial and a fine of up to 75,000 euros (63,000 pounds / 86,000 dollars).

Boat owner, Scotland Macduff Shellfish, said The Telegraph that he was acting in accordance with the law at the time of his detention, with director Andrew Brown saying this may be due to an “extremely technical rule” regarding an engine upgrade that could be resolved by a “phone call”.

Nevertheless, the British government of Prime Minister Boris Johnson in the dispute has taken a significantly softer figure than its French counterparts.

Ahead of a meeting with French President Emmanuel Macron at the G20 summit in Rome on Saturday, Prime Minister Boris Johnson said he would do “everything necessary” to defend British interests in the fisheries dispute.

“We are afraid that there could be a breach of the terms of the trade cooperation agreement, which is implicit in what is happening, in some of the things being said, and we will obviously be willing to take appropriate action,” Johnson said.

Brexit leader Nigel Farage has called on the government to take a tougher line and suggests that the UK should seize the British ship next time the French seize it. “do the same“The next time a French boat enters within six miles of the British coast.