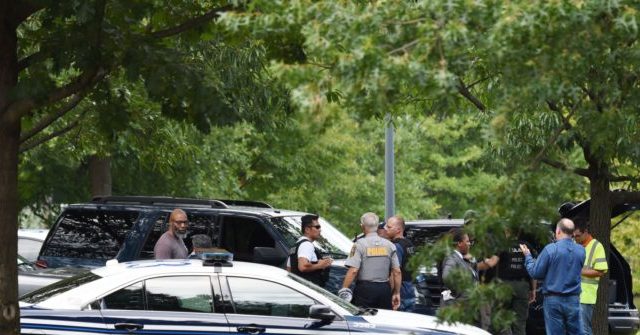 Reports report that North Virginia authorities are stepping up security efforts at shopping malls and shopping malls outside Washington, DC over the weekend for Halloween, in response to a potential ISIS threat.

Fairfax County Police Chief Kevin Davis announced at a news conference on Oct. 29 that police will step up security efforts over the weekend.

Sources report informed CBS News that the threat stems from ISIS and is at the heart of tighter security measures.

Fox 5 DC reports the threat “could be related to an activated ISIS cell,” and the exit was told that “the cell could carry out an attack within the next 72 hours.”

“Our only responsibility is to have a greater presence, to be more aware, and to ask the community to peel off their eyes and ears for suspicious activities,” Davis was quoted as saying by CBS News.

Since the chaotic withdrawal of the Biden administration from Afghanistan, the number of threats to ISIS and Al Qaeda has increased.

Officials say ISIS is more active in the United States after the withdrawal, CBS News reports, and threats from ISIS and Al Qaeda are on the rise.

“We are currently seeing a dramatic increase – or increase – in online media operations related to various elements of Al Qaeda and Islamic State,” Cohen said.

Then the sheriff of Loudon County released a statement of security threats.

“The Loudoun County Sheriff’s Office (LCSO) is aware of information circulating in our region about possible threats to shopping malls and shopping malls this weekend in the Washington, DC area,” the office wrote in a Facebook post.

“This information is limited and there is nothing special about Loudoun County,” the sheriff’s office said. “As we work to validate information with our local, state and federal partners in the country’s capital region, the LCSO will increase patrols at high-visibility locations this weekend to include shopping malls, shopping malls and other commercial establishments.”

On Halloween 2017 ISIS terrorist Sayfullo Habibullaevic Saipov vehicles a truck into pedestrians, killing eight people in lower Manhattan and injuring about a dozen. Saipov promised loyalty to ISIS after the attack. Witnesses say that when he got out of the truck, he shouted, “Allahu Akbar.”