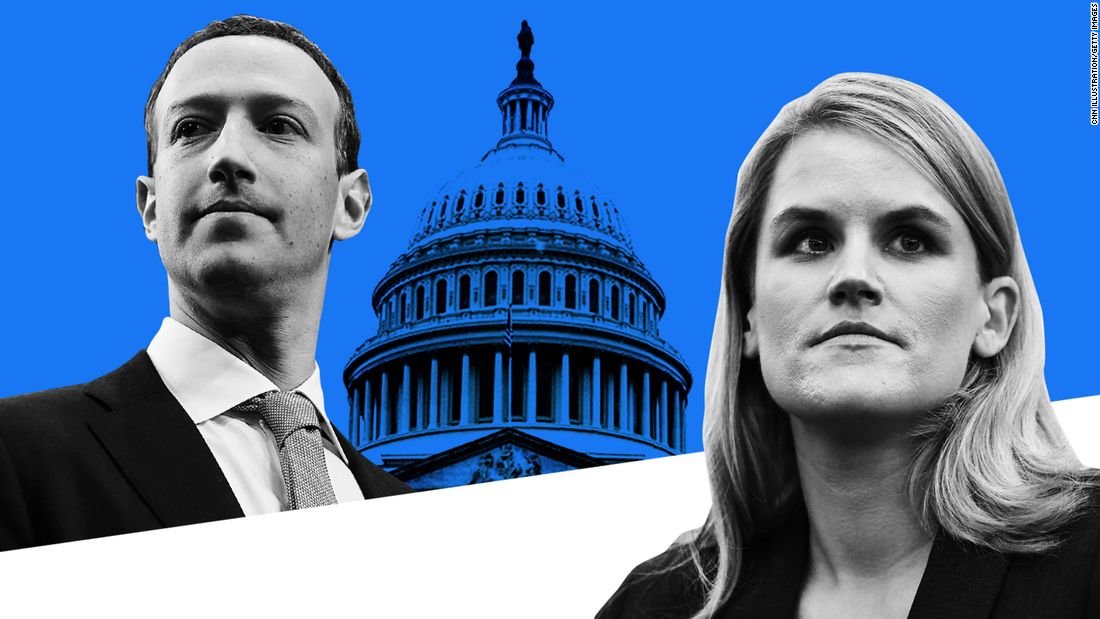 These documents are disclosures to the Securities and Exchange Commission and submitted to Congress in a revised form by Facebook whistle Frances Haugen‘s legal counsel. The redacted versions were acquired by the consortium.

Documents and stories based on them have raised concerns about the possible real damage caused by Facebook’s various platforms. They also provide insight into the company’s internal operations, including its approach to misinformation and moderation of hate speech, both in the U.S. and internationally, as well as employee responses to concerns about the company’s decisions.

The Wall Street Journal had previously published a series of stories based on internal Facebook documents revealed by Haugen, raising concerns about the impact of Instagram on teenagers, among other issues. (The work of the consortium is based on many of the same documents.)

Facebook has repeatedly tried to discredit Haugen and said reports of documents misrepresent his actions. “At the heart of these stories is an assumption that is wrong,” a Facebook spokesman said earlier in a statement to CNN. “Yes, we are a company and we make a profit, but the idea of ​​doing it at the expense of people’s safety or well-being misunderstands where our own commercial interests are.”

Here are some key quotes from the documents submitted so far.

In February 2021, one year after the pandemic, a report on the Facebook survey was internally submitted and to warn concern: “Our internal systems do not yet identify, reduce and / or remove comments against vaccines often enough.”
A month later another report stated: “Total risk due to [vaccine hesitancy] Comments may be higher than posts, but we’ve invested too little in preventing comments from being hesitant compared to our investment in content. ”

A Facebook spokesman said the company had improved on issues raised in internal notes.

According to an internal report from January 2020 entitled “Domestic service and labor trade in the Middle East”, a Facebook investigation found the following: “Our platform enables all three stages of the life cycle of human exploitation (employment, facilitation, exploitation) through complex real – global networks … Resellers, recruiters and brokers from these ‘agencies’ used FB [Facebook] profiles, IG [Instagram] profiles, pages, Messenger and WhatsApp. ”

A Facebook spokesman told CNN: “We prohibit the exploitation of people without a doubt.” A spokesman said he had “been fighting human trafficking on our platform for years.”

April 2019 internal research report exposed that several European political parties have argued that Facebook’s decision in 2018 to redirect its News Feed algorithm to a new metric called “meaningful social interactions” “changed the nature of politics. For the worse.”

Facebook told CNN that the introduction of the measurement was not a “marine change” in the way the company ranked users’ activities on the social network, as it considered likes, comments and shares as part of its ranking.

In June 2020, a Facebook employee posted a report an internal group of about 1,500 members who find that audits of the effectiveness of their signals are being conducted to detect misinformation and hate speech in endangered countries. According to the report, the audit “found large gaps in our coverage (especially in Myanmar and Ethiopia), suggesting that our current signals may be inadequate.”

In a press release addressing the disclosed research reports, Facebook said: “We have an industry-leading process to review and prioritize countries with the highest risk of harm and violence offline every six months. When we respond to a crisis, we use it as needed country-specific support. ”

Internal responses to the January 6 uprising

Commenting on the Capitol Uprising post written by Mike Schroepfer, Facebook’s chief technology officer, one employee wrote: “Management overrides research-based policy decisions to better serve people like groups that promote violence today. Ranked workers have done their part in identifying changes to improve our platforms, but have been actively reluctant.”
Another employee who cites years of controversial and questionable decision by Facebook management on political speech concluded, “history will not judge us kindly.”
In response to the documents is Facebook said CNN, “The responsibility for the violence that occurred on Jan. 6 lies with those who attacked our Capitol and those who encouraged it.” The company also highlighted the steps it took before and after the uprising to suppress content related to the “Stop the Steal” movement.