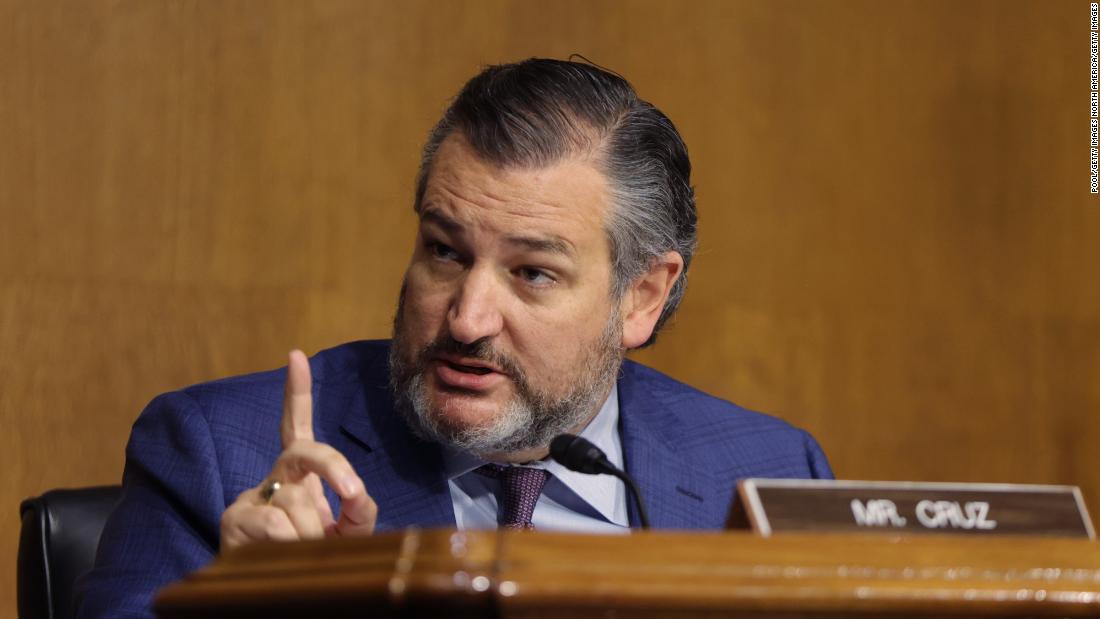 “My God!” he he exclaimed when he hit the table and confronted Attorney General Merrick Garland during Wednesday’s hearing over an attempt by the Justice Department address harassment and threats of violence at public school board meetings. “One of the parents was greeted at the school board because he thought the policy was oppressive!” He then asked Garland, “Is the Nazi salute … protected by the First Amendment?”

Of all the constitutionally protected expressions of dissent we see and hear in America today, is the Nazi salute the one Cruz chose to defend?

The senator’s time was not only awkward, as he came to the anniversary of the 2018 massacre at the Tree of Life Synagogue in Pittsburgh, where the shooter screaming, “All Jews Must Die,” killed 11 people attending Saturday morning worship services. It was even worse because just days before Cruz’s curious tirade, a Jewish organization published a survey on anti-Semitism that should worry all Americans and motivate responsible citizens, especially heads of state – including Cruz – to try to take positive, constructive action. (Learn about the poll in a moment.)

Instead of behaving like a statesman in the midst of a growing crisis, Cruz picked up what had become a more traveled path, trying to score points, elicit an emotional response, and perhaps be observed, approvingly, on the farthest fringes.

I don’t think Cruz is anti-Semitic. I think it works within the model Facebook rage capture algorithm, which seems to motivate so many politicians in his party since it helped bring the former president to power and keep him at the GOP summit.
During recent revelations about Facebook, we learned that the social network has programmed its algorithm to reward more provocative and emotional content by placing it higher in people’s news sources. Reactionary emojis that allow users to signal, for example, “love,” “haha,” “wow,” “angry,” or “sad” were considered. five times more valuable than standard “likes”. This increased the use of extreme rhetoric and contributed to making the country more angry and more divided. For politicians of a certain kind, the same search for attention and emotion has become routine.

Social media has promoted a toxic communication strategy, and many self-serving individuals have taken advantage of it, making hate speech more common – and in some circles more acceptable. In extreme cases, these terms include threats of violence and worse.

The year before the Pittsburgh massacre, white nationalists and supremacists marched on Charlottesville, Virginia, singing, “The Jews will not replace us.” Lately, people have recklessly invoked the Nazis and the systematic massacres of six million Jews and other minorities to protest against Covid-19 precautions – as if the two situations were somehow equal. Rep. Marjorie Taylor Greenehas for example did so several times and comparisons are now common in rhetoric against vaccines, against masks, even at school council meetings.

The abuse of the Holocaust and Nazi analogies devalues ​​the significance of the chapter, which remains one of the most thoroughly documented and powerful warning events in history.

Now it is important to remember when American society seems to be falling apart at the seams.

V Survey This week, the U.S. Jewish Committee announced, 82% of Jews said they believe anti-Semitism in the U.S. has increased over the past five years. Nearly one-third said they felt less safe than a year ago, and 39% said they avoided publishing online content or wearing items they would identify as Jews for fear of anti-Semitism.

Interestingly (and perhaps Cruz should take this into account), 46% said that anti-Semitism is taken less seriously than other forms of fanaticism.

Cases of anti-Semitism have also emerged in schools. During the most important holiday period in Judaism, there were two swastikas and “Long live [sic] Hitler, “graffiti It was discovered in the bathroom of a high school student in Cobb County, just outside Atlanta, Georgia. days later, another school in the same district, similar graffiti was reported praising Hitler, a man who tried to kill every Jew in Europe and almost succeeded.
Today’s problem doesn’t just come from the right. As ADL Director Jonathan Greenblatt wrote in the Washington Post, anti-Semitism is also on the rise, even though it is a more subtle problem. The vast majority of violence against Jews comes from the far right, but a bad wind blows from the political left. “Right-wing anti-Semitism is a deadly Category 5 hurricane that threatens to bring immediate disaster,” he wrote. “Anti-Semitism on the left, however, is more akin to climate change: slowly but surely, the temperature is rising.”
Greenblatt’s article stemmed from the publication of a chapter by the Washington-based Sunrise Movement environmental group that it will not speak at the climate rally due to the involvement of three major Jewish organizations supporting Israel. The Sunrise movement also called for groups to ban it, although it did not oppose non-Jewish organizations that share the same views. This was named by historian Deborah Lipstadt, the Biden administration’s candidate for State Department envoy for anti-Semitism. “an openly anti-Semitic act.”
Rally organizers rejected The act of sunrise and a chapter later “I’m sorry[d] unequivocally. “ At least this time, it was realized that the action was anti-Semitic.
Cruz tries to defend himself without admitting mistakes or expressing any regret. Instead, he doubled. After the attack on reporters, he explained on Twitter: “The parent welcomed the Nazi because he called the authoritarian school council Nazis – evil, bad and insulting,” adding: “The First Amendment is very protective of calling someone a Nazi…”

Again, no one disputes this, certainly not the Attorney General.

This is not a question of freedom of speech and what it allows. The question is whether Americans and their political leaders will act on a higher principle than the political collection of points and will eventually be able to extinguish the flames of hatred and division that weaken the country. Ted Cruz doesn’t seem to understand that.