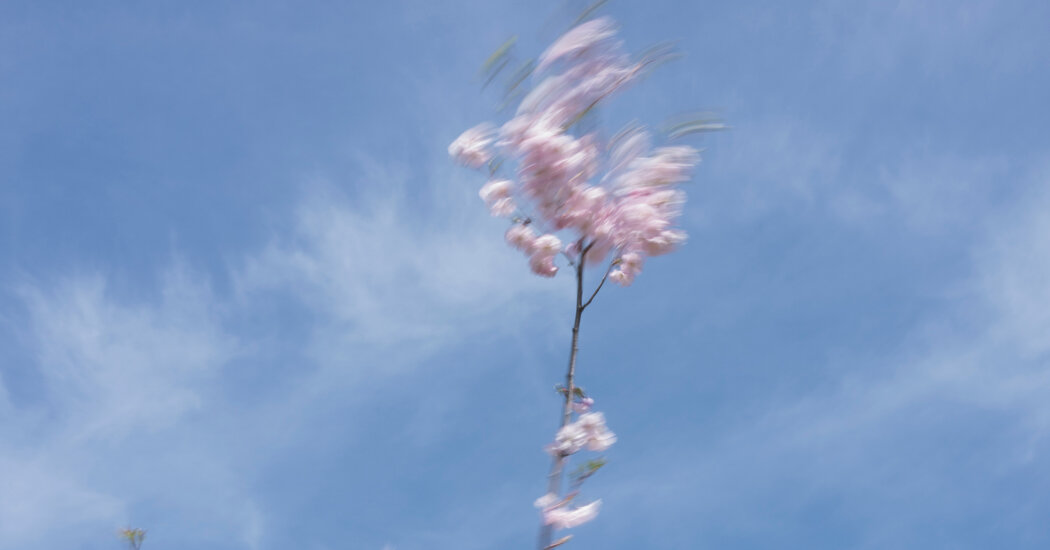 In the kitchen, I am preparing a postgraduate seminar on the French philosopher Emmanuel Levinas when I come across a line in his essay “Totality and Infinity” in which he criticizes beauty as “indifference, cold brilliance and silence”. I look out the window and see a patch of dahlias I planted last spring. Now they are wild and long-legged, rolling over each other in the restlessness of pale orange flowers.

Well, Levinas is obviously wrong, I think, and it’s just a shame he didn’t have any more flowers.

This is only the second year I have planted dahlias at home. Last year, I raised a dark purple variety – almost black – among a bed of red, orange, yellow and fuchsia zinnias from seed packs I gave to my daughter for her eighth birthday. After the last frost, we carefully pressed the seeds of the flowers into the ground and watered them on the advice of the blue witch Strega Nona from our daughter’s fairy tale and sang them a song at the full moon. Dahlias were an afterthought. With my bare hands, I dug two yellowish tubers into the ground and wished them luck. In late summer, they bloomed among the zinnias like ink in a fire.

I was a little more thoughtful this year, ordering eight dahlia bulbs and spacing them far enough apart so they could survive as I knew more about their expansive nature. It went well until a friend’s dog dug up half of them in July and left the soggy and rotten tubers on the patio. But the remaining four continued and began their annual broadcast at the end of August. This year we have only a few zinnias due to the chaotic distribution of seeds prematurely in season (no song or ceremony), but the dahlias replace this with a seemingly endless parade of bright orange flowers, some as large as a dessert plate.

The flowers don’t speak, but despite what Levinas wrote, they are anything but silent. I think of them as a choir, a loud, cheerful and lively team. I have never liked the delicate flowers that obediently lie in their beds. Dahlias and echinacea are my favorites – flowers with large heads that appear slightly prickly or hardy, slightly wild. They appear towards the end of summer and continue their noise in autumn, and the weight of the flowers overturns them in the fields. Fat drunken bumblebees nest in their petals as guests at the bar long after the last call. Even when temperatures change, the leaves fall off and we begin to feel the cold, the dahlias glow defiantly.