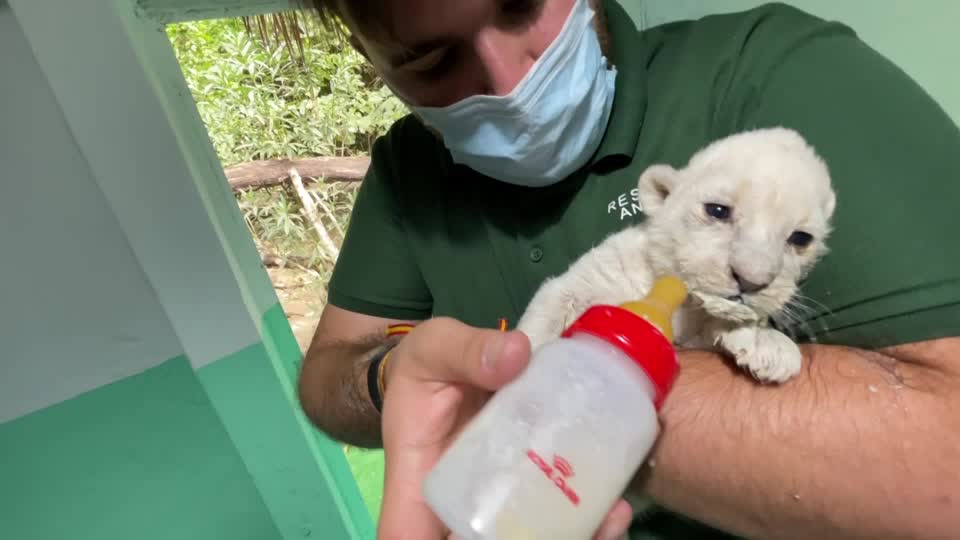 According to the Global White Lion Protection Trust, the animals are not albino, but a “genetic rarity” of the Greater Timbavati area in South Africa’s Krueger National Park. Their parents are ordinary African lions.

They are classified as Panthera Leo, which means that the current scientific designation does not recognize them as “different” and therefore, in the opinion of the organization, they are not protected by law.

This means that they can be hunted or traded to extinction, despite the fact that less than 13 white lions live in their natural habitat in the wild.