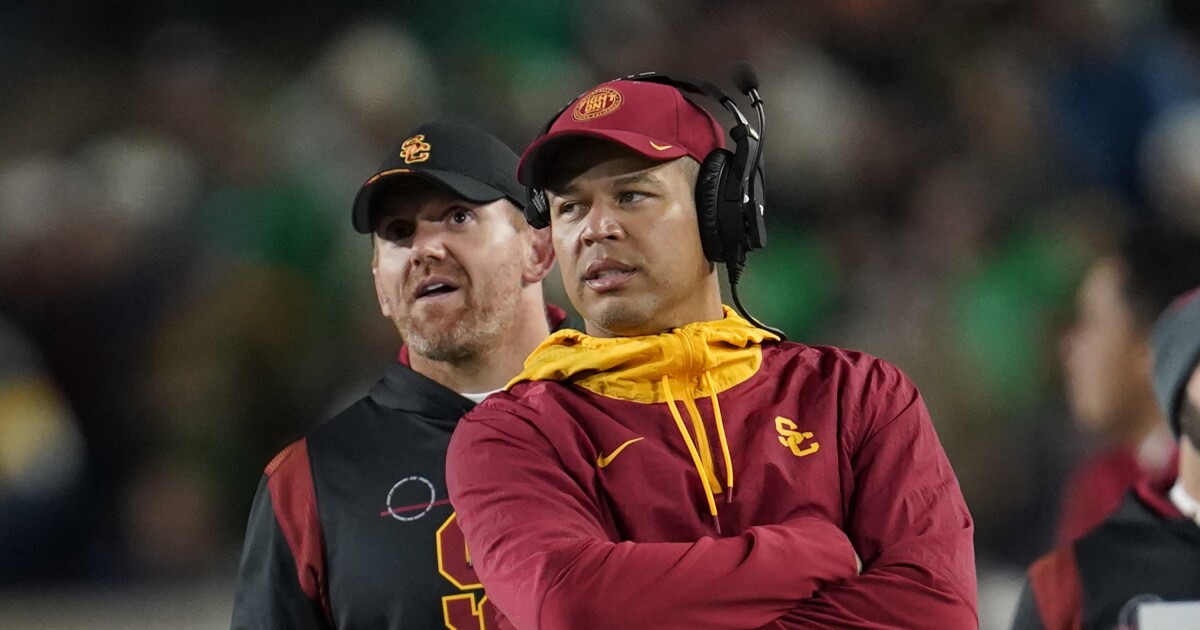 Last time Arizona he won a university football game more than two years ago. It was early October 2019 and the Wildcats came off a trip around Rocky Mountain in an impressive string of four wins. It all started to look Kevin Sumlin, who won just five games in his first season.

Instead, it all unfolded. Sumlin was fired. Jedd Fisch was hired. And in the meantime, loss was the only constant. While the USC prepares for a duel with Arizona on Saturday at 4 p.m., the Wildcats lost 19 in a row and settled in the Pac-12 basement. By and large, they are the worst team in the conference.

Which means we couldn’t get to the Colosseum at a better time USC, who returns home in a death spiral with his season. The Trojans have lost three of the four and hope is dwindling. With five more weeks until the regular season, the USC must win most of its games to be eligible for the bowl.

That invitation would have been almost impossible without a win over Arizona on Saturday. The Trojans are the favorites with 21 points, which means they won’t even come close by the end of the season. In the last four games, Arizona beat 48-0 in the fourth quarter. The USC beat opponents 88-13 in the final quarter this season.

All signs indicate a rebound. But the USC has no one to overlook at this point in its season.

“A series of 19 defeats means nothing to us,” USC interim coach Donte Williams he said. “Every match is different. Every game is different from the person you are playing against as an individual. At the same time, they have new staff. I’m sure they don’t care what happened last year or the year before. They are worried about what is happening at the moment. “