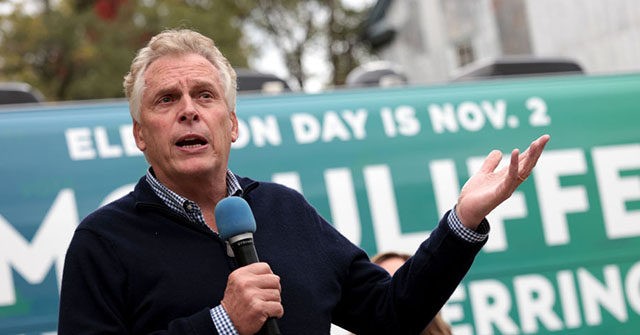 Virginia Gov. Terry McAuliffe (D), a candidate on NBC’s “Meet the Press,” said Sunday that parents shouldn’t choose school books because “we have professionals who actually do that.”

Leader Chuck Todd said, “Governor, I want to begin with an excerpt from this discussion, which I moderated, in which one line was cut out. You said it was out of context. I want to play the exchange more fully and ask you about it on the other side. Here is.”

McAuliffe said in the video: “Parents had the right to veto books without being informed, but also to remove them from the shelves. I’m not going to let my parents come to school and actually take the books out and make their own decisions. “

He added, “So yeah, I stopped a law that I don’t think parents should tell schools about what they teach.”

Todd said, “Governor, what about making you feel like you’re out of context? Do you think that everything you said there should reassure parents that they have a few words in their child’s schooling? ”

McAuliffe said, “Listen, this was a law I vetoed, and people were very happy that I vetoed the law so parents could literally withdraw the books from the curriculum. I adore Billy and Jack McAuliffe, my parents, but you shouldn’t choose my math or science book. We have experts who actually do that. He closes his campaign to ban books. This caused controversy throughout the book. He wants to ban Tony Morrison’s book, ‘Beloved’. It’s about someone who won the Nobel Prize, the Presidential Medal of Freedom. She wants to ban her books. In all the hundreds of books, you can see why one black author? Why did you do that? He will end the campaign with a racist dog whistle. “