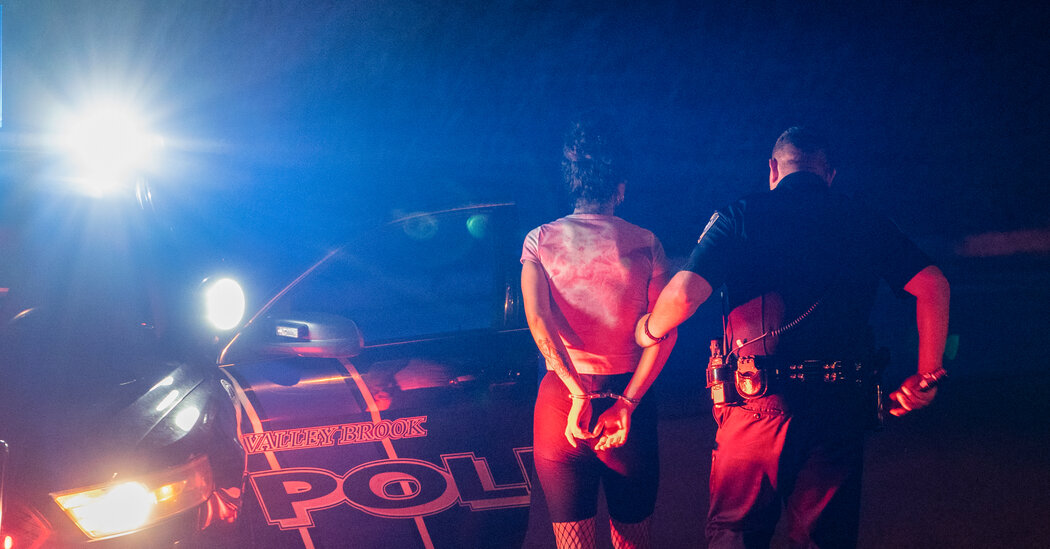 When Daunte Wright was killed by a police officer in Minnesota last spring after being stopped due to an expired license plate, the case caught the attention of states. So are several other deaths that seemingly can be avoided motorists.

A New York Times investigation is now revealing the extent of such cases across the country – and why traffic stops due to minor offenses can escalate into fatal encounters.

Here are some other key findings.

Many of the vehicle stops inspected by The Times began as a result of frequent traffic violations such as broken taillights, or due to interrogations about nonviolent crimes such as shoplifting.

From there, things escalated. More than three-quarters of drivers were killed on the run. In dozens of encounters, officers stepped in front of moving vehicles or reached into car windows, then fired from weapons and demanded self-defense.

In other cases, the police reacted aggressively to disrespect or defiance and punished what some officers call “police contempt”.

“We need to get him out,” a member of the Oklahoma state patrolled the radio in 2019, hunting down a man suspected of stealing vodka. The cops forced it his SUV off the road, opened the door as they slowly rolled past and fired from both sides, killing the driver.

Case by case, officers avoided criminal liability when they claimed to have acted in self-defense.

Of the approximately 400 deaths, five police officers were convicted. Nearly two dozen cases are still unresolved. While prosecutors felt most of the murders were justified, local governments paid at least $ 125 million to resolve legal claims in about 40 cases.

Coaches often use misleading statistics and bloody surveillance video videos in which drivers shoot police officers between traffic stations to teach cadets to be careful, The Times notes.

“All you’ve heard are horrific stories about what could have happened,” said Sarah Mooney, assistant chief of police in West Palm Beach. “It’s very difficult to try to train that out of someone.”

There are real risks, but studies have shown that the chances of a police officer ending up dead at a vehicle stop are less than 1 in 3.6 million. In the last five years, and at least 100 million stopped traffic vehicles, the drivers who stopped them have killed about 60 police officers, mostly with gunshots, according to a Times analysis.

Many communities rely heavily on ticket revenues to fund their budgets, effectively turning their officials into tax agents looking for violations, even minor ones, to support municipal needs – including their own wage increases.

For example, Valley Brook, Oklahoma, a city of less than 900 residents, collects about $ 1 million a year from traffic cases.

The federal government also contributes to traffic stops with $ 600 million a year in highway safety grants that reward ticket writing. When applying for these grants, at least 20 countries used the number of traffic stops per hour to assess police performance, a practice critics say encourages police over-execution.

In the deaths reviewed by The Times, black drivers were over-represented in terms of population. Kalfani Ture, a criminologist and former Georgian police officer who is black, said overestimating the risks to police officers has increased racial bias.

The problem is especially acute at so-called pre-trial stops, he added, where police officers look for minor violations – expired registration, tinted windows – when searching a car they find suspicious.

Criminologists say the danger is created by a police officer when the police threaten to step in front of a moving car or reach through a car window.

Many courts ignore these circumstances and focus only on the “final framework” when a police officer pulled the trigger at the time of the direct damage. This standard provided police with broad protection against legal liability.

Some argue that judges and juries should carefully examine the actions of police officers before opening fire. The Times Visual Investigation Team did just that, rewinding video from more than 100 deadly traffic stations and a breakdown of the three cases down to the smallest detail. The footage suggests that dozens of deaths could have been avoided if police officers had not endangered themselves.

The Times reviewed video or audio from more than 180 meetings; interviewed dozens of chiefs, officers, coaches, and prosecutors; analyzed information from the U.S. Census Bureau; and reviewed hundreds of lawsuits, municipal audit reports, city budgets, court files, and state highway records. The investigation was based on the data collected The Washington Post and research groups Mapping police violence in Fatal encounters.