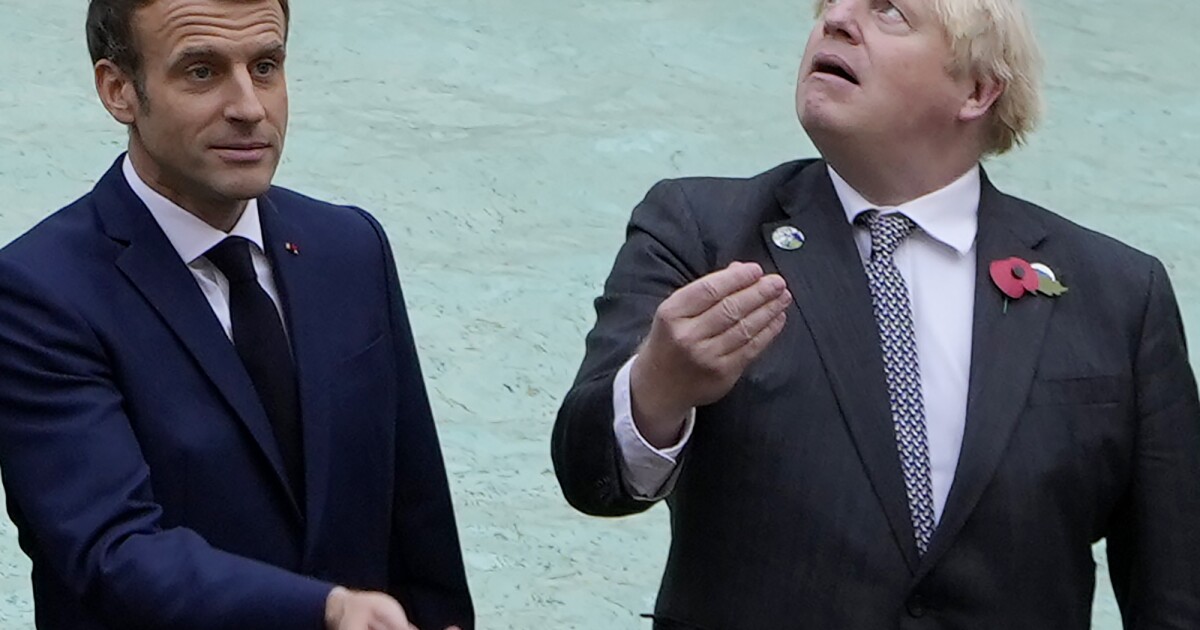 French President Emmanuel Macron and British Prime Minister Boris Johnson met privately on Sunday to try to resolve a growing dispute over fishing in the English Channel – but then the two countries seemed further apart than ever and gave very different versions of the outcome.

The Brexit dispute over fishing permits in British coastal waters threatens to escalate into a damaging French blockade of British boats in a matter of days.

After a 30-minute meeting between Macron and Johnson on the sidelines of the Group of 20 summit in Rome, France’s top official said the two leaders agreed that talks should be held “in a situation of significant tensions”. He said action should be taken “as soon as possible” to de-escalate.

The UK, however, denied that the leaders agreed to take steps to relieve the dispute, and said it was entirely up to France to calm the waters.

The UK government said in a statement that Johnson “reiterated his deep concern” over French rhetoric during the meeting and “expressed hope that the French government would be reduced.”

Johnson’s spokesman Max Blain said “our position has not changed.”

“The French will decide if they want to move away from the threats they have made in recent days,” Blain said.

“Both in our rhetoric and in our actions, we did not try to escalate this in any way. … Deescalation should come from the French side. “

Another French official said that “the difference in views shows a different mindset” and that Paris cares about commitments and Franco-British relations.

Fisheries is an economically small industry, but symbolically large for maritime countries such as the United Kingdom and France. Britain’s exit from the economic rules of the 27-nation bloc earlier this year means the UK now controls who catches fish in its waters.

France claims that some vessels have been denied fishing licenses in waters where they have been sailing for a long time. The UK says it has granted 98% of requests from EU vessels, and now the dispute concerns only a few dozen French boats with insufficient documentation.

But French European Affairs Minister Clement Beaune on Sunday accused Britain of “targeting” France in a “political choice” and said Britain had violated a Brexit deal agreed by both sides.

“For the EU as a whole, around 90% of the expected licenses have been granted, but all are missing French,” he tweeted.

Macron stressed to Johnson the need to “honor the commitments” made by the United Kingdom and the European Union under the Brexit agreement, the French presidency said in a statement.

A French official said France had “granted precise requirements for permits to be granted to a specific number of ships” in British waters and around the Channel Islands of Jersey and Guernsey.

He said France and the United Kingdom would “discuss practical details” in the coming hours and days in order to “ease tensions and stabilize the situation”. The UK, however, has denied that such talks were planned.

Both sides accuse the other of violating the Brexit exit agreement. The UK says it is “actively considering” launching a dispute settlement process, which is a formal legal procedure in an agreement if France does not abandon its threats.

France has threatened to ban British boats from entering some of its ports and tighten controls on boats and trucks carrying British goods if permits are not issued by Tuesday.

The official declined to say whether France was still prepared to impose sanctions.

“We’re not there yet,” he said. He spoke anonymously in accordance with the usual practice of the French Presidency.