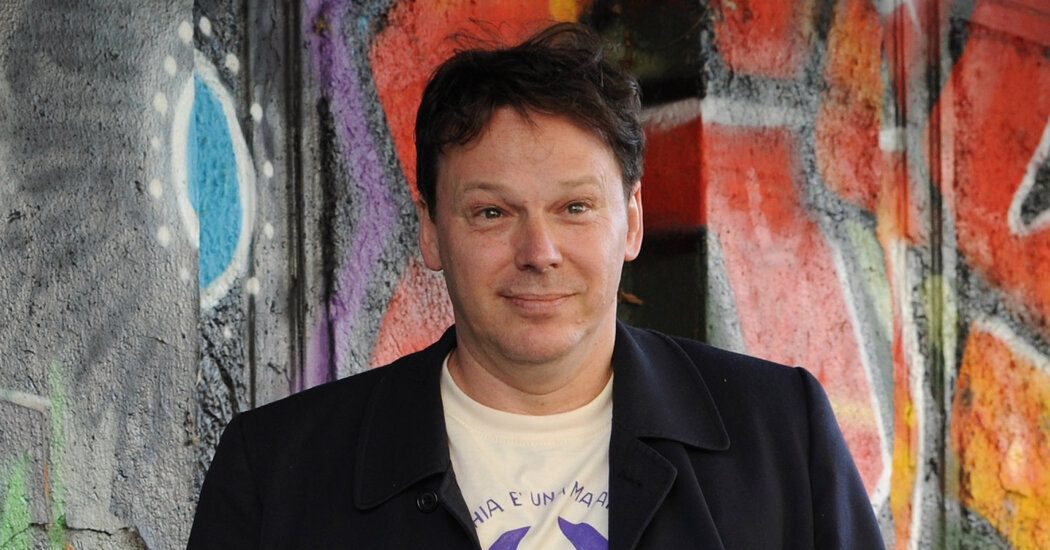 One August night in 2020, David Graeber – an anthropologist and anarchist activist who became known as the first organizer of Occupy Wall Street – posted a modest notice on Twitter.

“My brain feels bruised from the numb surprise, ”He wrote as he riffed at the Doors text. “It’s over?”

He cited a book he had worked on for nearly a decade with archaeologist David Wengrow, who took for his immodest goal nothing less than to change everything we think we know about the origins and development of human societies.

Even before the Occupy movement made him famous, Graeber was declared one of the most brilliant minds in his field. But his most ambitious book also turned out to be his last. A month after he posted on Twitter, 59-year-old Graeber died suddenly necrotizing pancreatitis, resulting in shock pouring out gifts from scholars, activists and friends around the world.

“The Dawn of Everything: A New History of Humanity,” released Nov. 9 by Farrar Straus and Giroux, may or may not displace the standard narrative popularized in megasellers such as Yuval Noah Harari’s “Sapiens” and “Guns, Germs “Jared Diamond. and steel. ”But she had already gathered a row surplus (if not completely uncritical) reviews. Three weeks before the release, after suddenly reaching second place on Amazon, the publisher ordered another 75,000 copies in addition to the 50,000 first print.

In a video interview last month, Wengrow, a professor at University College London, slipped into a mockingly glorious tone to recite one of Graeber’s favorite phrases: “We will change the course of human history – starting with the past.”

More seriously, Wengrow said, “Dawn of Everything” – which weighs a whopping 704 pages, including a 63-page bibliography – seeks to synthesize new archaeological discoveries of recent decades that have not come out of professional journals into the public consciousness.

“A whole new picture of the human past and human possibilities seems to be emerging,” he said. “And it really isn’t even remotely similar to these very ingrained stories revolving around.”

Harari, Diamond and other Big History hits have their differences. But they rest, Graeber and Wengrow argue, on a similar narrative of linear progress (or, depending on your point of view, regression).

According to this story, almost nothing happened for the first about 300,000 years after the appearance of Homo sapiens. People everywhere lived in small, equal groups of hunters and gatherers until the sudden invention of agriculture around 9,000 BC resulted in sedentary societies and states based on inequality, hierarchy, and bureaucracy.

But all of this, Graeber and Wengrow argue, is wrong. Recent archaeological discoveries, they write, show that early humans, far from automatons moving blindly in the steps of evolutionary lock in response to material pressures, confidently experimented with a “carnival parade of political forms.”

“We are all collective self-creation projects,” they write. “What if, instead of telling the story of how our society fell from some idyllic state of equality, we asked how we got into such tight conceptual shackles that we can no longer imagine the possibility of reinventing ourselves?”

The book’s beginnings date back to around 2011, when Wengrow, whose archaeological fieldwork focused on Africa and the Middle East, worked at New York University. They met a few years earlier when Graeber was looking for a job in the UK after Yale refused to renew the contract, for unspecified reasons that he and others saw as related to his anarchist policies.

In New York, the two men sometimes met for an extensive conversation over dinner. When Wengrow returned to London, Graeber “started sending me notes about the things I had written,” Wengrow recalled. “The exchanges increased until we found out we were almost writing a book by email.”

At first, they thought it might be a short book about the origins of social inequality. But they soon began to feel like this question – a chestnut tree dating back to the Enlightenment – Everything was wrong.

“The more we thought, the more we wondered why we would ask human history in terms of that question?” Wengrow said. “He assumes there used to be something else.”

Wengrow, 49, a scholar who studied at Oxford whose manner is a more standard professor than the generally crushed Graeber, said the relationship was a real partnership. Like many, he spoke with awe of Graeber’s brilliance (as a teenager, a story repeatedly told, his hobby of deciphering Mayan hieroglyphs caught the eye of professional archaeologists), as well as what he described as his extreme generosity.

“David was like one of those Amazon village chiefs who have always been the poorest man in the village, as their whole function was to hand out things,” Wengrow said. “He had this ability to look at your work and sprinkle magic dust all over the thing.”

Recent great histories are geographers, economists, psychologists in political scientists, many write under the guiding framework of biological evolution. (In a bold note assessing the professionalism of Big Historians’ competitors, they describe Diamond, a professor of geography at the University of California, Los Angeles, as the holder of a “doctorate in gallbladder physiology.”)

Graeber and Wengrow, by contrast, write in the great tradition of social theory derived from Weber, Durkheim, and Levi-Strauss. In 2011 blog post, Graeber remembered how a friend he was after reading his similar sweep Debt: the first 5,000 years he said he was not sure anyone had written such a book in 100 years. “I’m still not sure it was a compliment,” Graeber joked.

“Dawn of Everything” includes discussions of princely burials in Ice Age Europe, conflicting views on slavery between Native societies of Northern California and the Pacific Northwest, the political implications of dry and river agriculture, and the complexity of pre-farm settlements in Japan, among many .

But the staggering range of references raises the question: who is qualified to judge, is it true?

Book review in The Nationhistorian Daniel Immerwahr described Graeber as an “extremely creative thinker” who was “better known for being interesting than real” and asked if the book’s self-confident leaps and hypotheses could be “trusted”.

And Immerwahr described at least one assertion that colonial American settlers captured by indigenous peoples “almost always” chose to stay with them as “ballistically wrong,” claiming that the author’s single source (1977) . dissertation) “actually claims the opposite.”

Wenrow objected that the Immerwahr was the one who misread the source. He noted that he and Graeber made sure to publish the book’s core arguments leading peer-reviewed scientific journals or deliver them as some of the most prestigious invited lectures in the field.

“I remember thinking at the time, why do we have to get through this?” Wenrow spoke about the process. “We are reasonably established in our areas. But David was determined that this was very important. “

James C. Scott, a distinguished political scientist at Yale, whose 2017 book “Towards Grain: The Deep History of the Earliest Countries” also reaching out to all areas to challenge the standard narrative, he said, some arguments by Graeber and Wengrow, such as his, will inevitably be “thrown away” when other scholars deal with them.

But he said the two men dealt a “fatal blow” to the already weakened idea that people were “waiting all the time to settle in agricultural countries.”

But the most striking part of “Dawn of Everything,” Scott said, is the early chapter on what the authors call “native critique.” They argue that the European Enlightenment, instead of being a gift of wisdom given to the rest of the world, grew out of dialogue with the indigenous people of the New World, whose harsh assessments of the shortcomings of European society influenced emerging ideas of freedom.

“I bet it plays a big role in our understanding of the relationship between the West and others,” Scott said.

“Dawn of Everything” sees widespread evidence for large complex societies that have thrived without the existence of a state, and defines freedom primarily as “freedom of disobedience”. It is easy to see how such arguments match Graeber’s anarchist beliefs, but Wengrow opposed the question of the book’s politics.

“I’m not particularly interested in discussions that start with labeling some research,” he said. “It almost never happens to scholars who lean right.”

But if the book helps people convince, in the words of the Occupy slogan, that “another world is possible,” it’s not unintentional.

“We’ve reached a stage in history where we have scientists and activists who agree that our dominant system is putting us and our planet in a real disaster,” Wengrow said. “If you find yourself paralyzed when your horizons are closed with the wrong perspectives on human possibilities based on a mythological conception of history, it’s not a great place.”