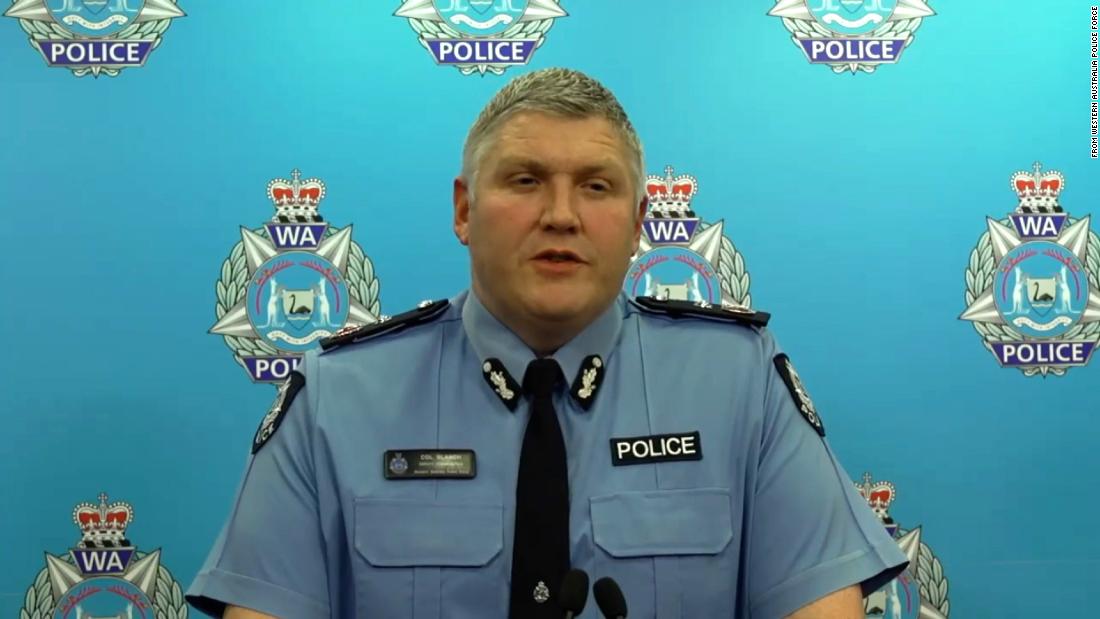 The child was found by police in a private house about 30 miles from the campground and reunited with the parents, the statement said.

The local is in custody and is currently being questioned by detectives, they added.

In a video posted on the police’s public Facebook page, Deputy Commissioner Col Blanch said: “It is my privilege to report that Cleo Smith was rescued by Western Australian police forces in the early morning hours. Cleo is alive and well.”

Australian Prime Minister Scott Morrison described the news as “relief“on his official Twitter account.” What wonderful, relieving news. Cleo Smith has been found and is healthy and healthy at home. Our prayers were answered. Thanks to the many police officers who worked together to find Cleo and support her family. “

On October 16, the child disappeared from his family’s tent at Camp Blowholes in Macleod, about 50 miles (30 miles) north of the town of Carnarvon.

Blanch said a police team broke into a locked house in Carnarvon around 1 a.m. local time (1pET) and found a child who identified as Cleo in one of the rooms.

“This is the result we all hoped for and prayed for,” Blanch said.

“We will have more to say about rescuing Cleo as the day unfolds. For now, welcome home Cleo,” he added.