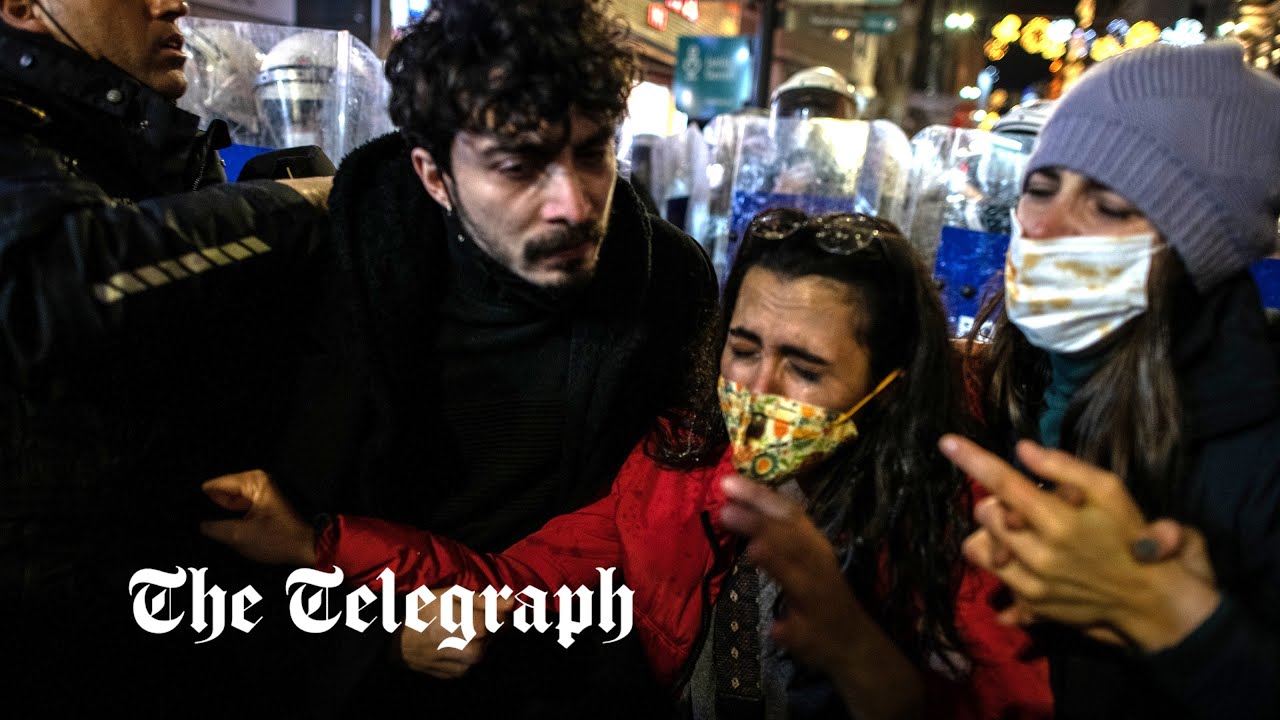 A group of thousands, mostly women, made their way to Taksim Square in the city center, which was blocked by obstacles in the presence of a strong police presence.

As can be seen from the above footage, police fired gas and quarreled with protesters after urging the crowd to disperse.

The protest, which took place on International Day for the Elimination of Violence against Women, coincided with other minor anti-government protests this week due to a sharp fall in the value of the lira currency.

“We are not silent, we are not afraid, we do not obey,” exclaimed the protesters, who rushed towards the police barriers.

In early July, Turkey withdrew from an international treaty to combat violence against women, known as the Istanbul Convention, which was negotiated in Turkey’s largest city in 2011, a move sharply criticized by Western allies.