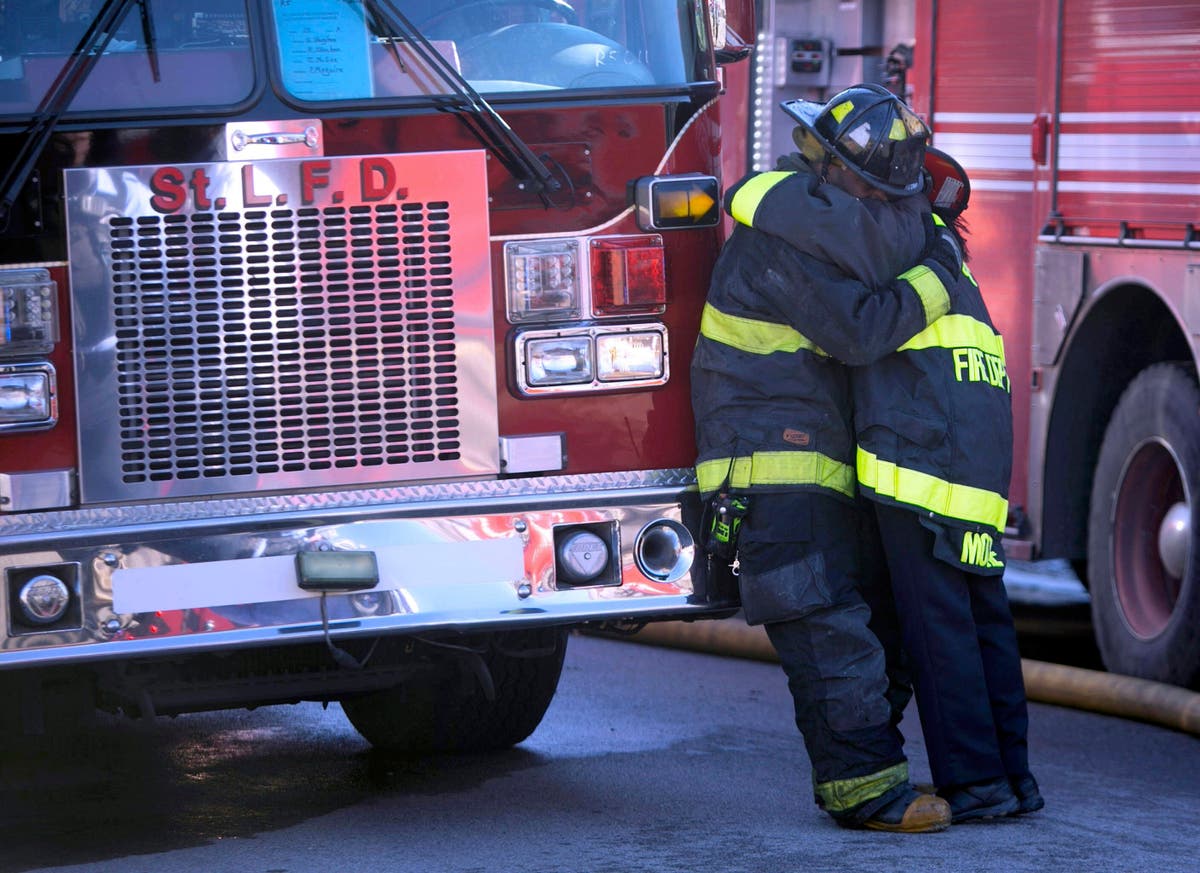 And St. Louis a firefighter died Thursday and another was injured when a large house collapsed while firefighters searched for no one inside.

Fire Chief Dennis Jenkerson said the fire broke out before noon in a 2 1/2-story building in north St. Louis. Louisa. Whether the home was empty was not clear, and because homeless people often stay in empty houses in the winter to keep warm, firefighters went to the burning building.

Firefighters put out the blaze on the first floor and went to the second, but the fire was so strong there that they decided to leave, Jenkerson said. As firefighters were about to exit the second floor, the roof and top floor of a brick house collapsed on them.

“We had one firefighter who was badly injured when a building collapsed on him,” Jenkerson said of the dead firefighter. He said the firefighter was “caught under a huge amount of debris until we dug him out.”

Another firefighter was injured in the initial fall while trying to rescue his colleague, Jenkerson said. His condition was not immediately known.

Jenkerson did not immediately release the names of both firefighters.

“We are paid to protect lives. We pay to take risks and, you know, it’s hard to tell someone on the street who shouts and yells at us that maybe someone is there, but that risk can be too great, ”Jenkerson said. “We take such a risk and unfortunately, the terrible risk we took today was not worth it. We lost a firefighter. ”

The fire damaged several nearby houses. The cause has not been determined.