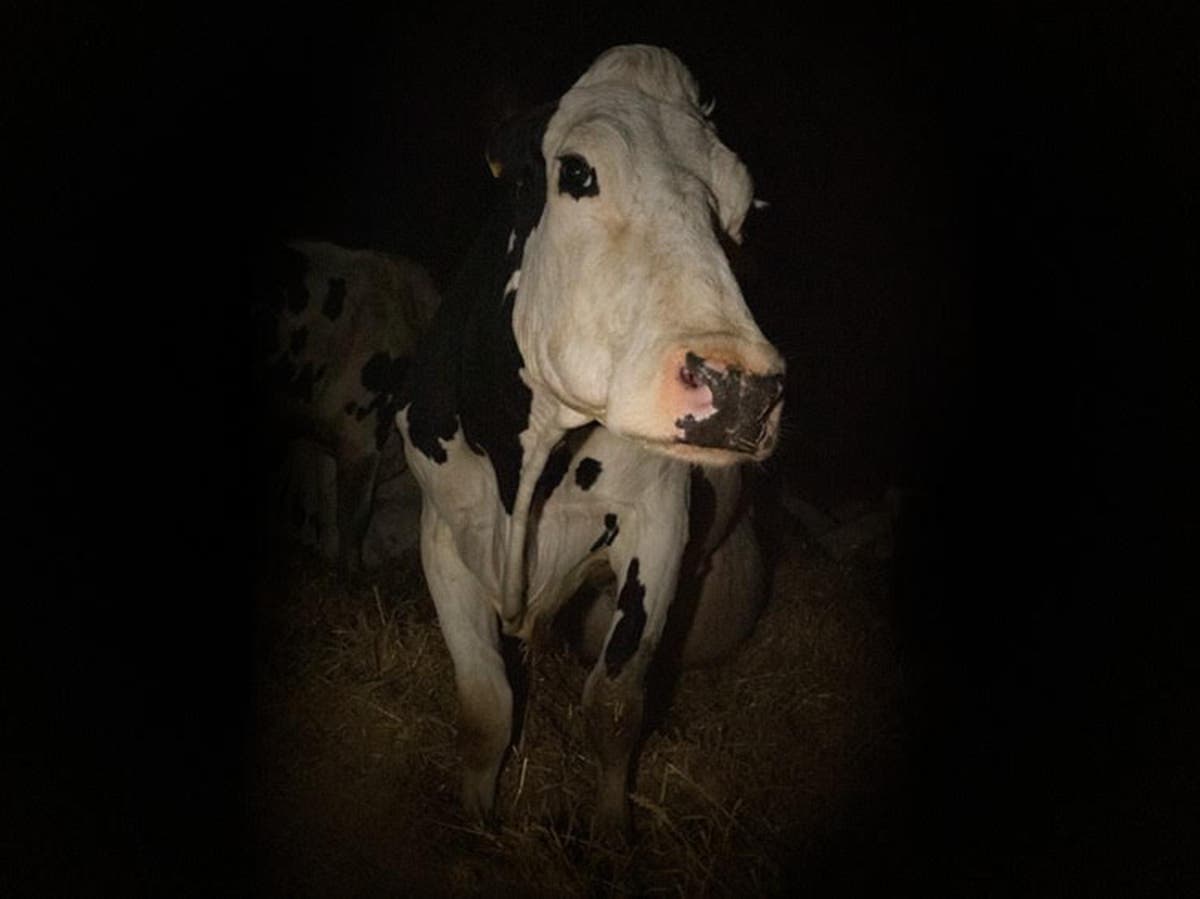 Have you ever looked at a cow in the eyes? He really looked – deep into those midnight pools, where the slightest hint of fear or longing could awaken. V Andrea Arnoldnew documentary A cow, you certainly will. This 94-minute film, shot in four years, on an industrial dairy farm somewhere in the south of England, mostly without words, devotes most of its duration to the calm but suggestive expressions of one Lum. We watch the creature intently as it gives birth, chews its spoon, and as it is attached to the milking parlor, its nozzles spread out like the heads of hungry leeches. We then observe these processes again. More births; more milk.

At some point, the cycle stops and Luma confronts us with a long but severely interrupted series of moans. Moo monologue if you will. Maybe he shares his life story with us. Maybe it’s a call for help. Whatever the interpretation, he has the enthusiastic attention of the audience. Meanwhile A cow could be Arnold’s debut non-fiction film and the first with an inhuman protagonist, here it’s surprisingly little different from Aquarium oz Stormy peak before him. The women who represent Arnold’s work always seem to be acutely aware of how their bodies are trapped in cycles of exploitation and exhaustion. This is what they want to resist or run away from.

Luma may not be endowed with the same choices, but she is trying her best. He hits the camera with his head. She growls with horror. When she quarrels with a farmer who is trying to feed one of her calves, the latter remarks to his companion that “old age protects her”. Is it fair to imagine that she might be thinking about babies stolen from her mother’s arms as she looks desperately from her pen? Arnold’s A cow she is dirty and uncolored where she counts, coated with poetics when banal cruelty threatens to numb her audience. Luma experiences small flavors of freedom as the herd is allowed to roam the fields. They gallop in a way so flexible and light that they swear to jump. At one point, Arnold even catches Lumo staring dreamily up at the stars.

A cow he never uses morality as a weapon, and farmers are allowed to blend into the background, and their presence is evident primarily with guided hands and gentle whispers of “good girl” and “there we go”. If there’s any attempt to actively anthropomorphize Luma, it’s done in a rather rude way – we hear the occasional pop song that sounds like it’s exploding through the farm’s speakers, even though the playlist is too curated to be accidental. When Lumo is brought into the barn with a suitable bull, the smooth beats of “Tyrant” Kali Uchis begin to break through. “Your love is like a kaleidoscope,” he sings as (literally) fireworks explode in the night sky.

Wordlessness or A cow can immediately recall one of last year’s best documentaries, Gunda, which followed a litter of piglets through a seemingly isolated farmyard without people. But these two films seek the same soul in completely different ways. Gunda create a bubble of paradise around his animals until the hand of humanity inevitably shatters that imagination. A cow, in which Arnold collaborates with new cinematographer Magda Kowalczyk, sticks a little closer to objective reality.

The camera moves and bypasses obstacles in a way that we are always aware of her relationship (and our relationship) with Luma. This is the extent to which A cow it could be considered an activist work of filmmaking – you feel like you think about industrial farming, and now the cow is staring back.