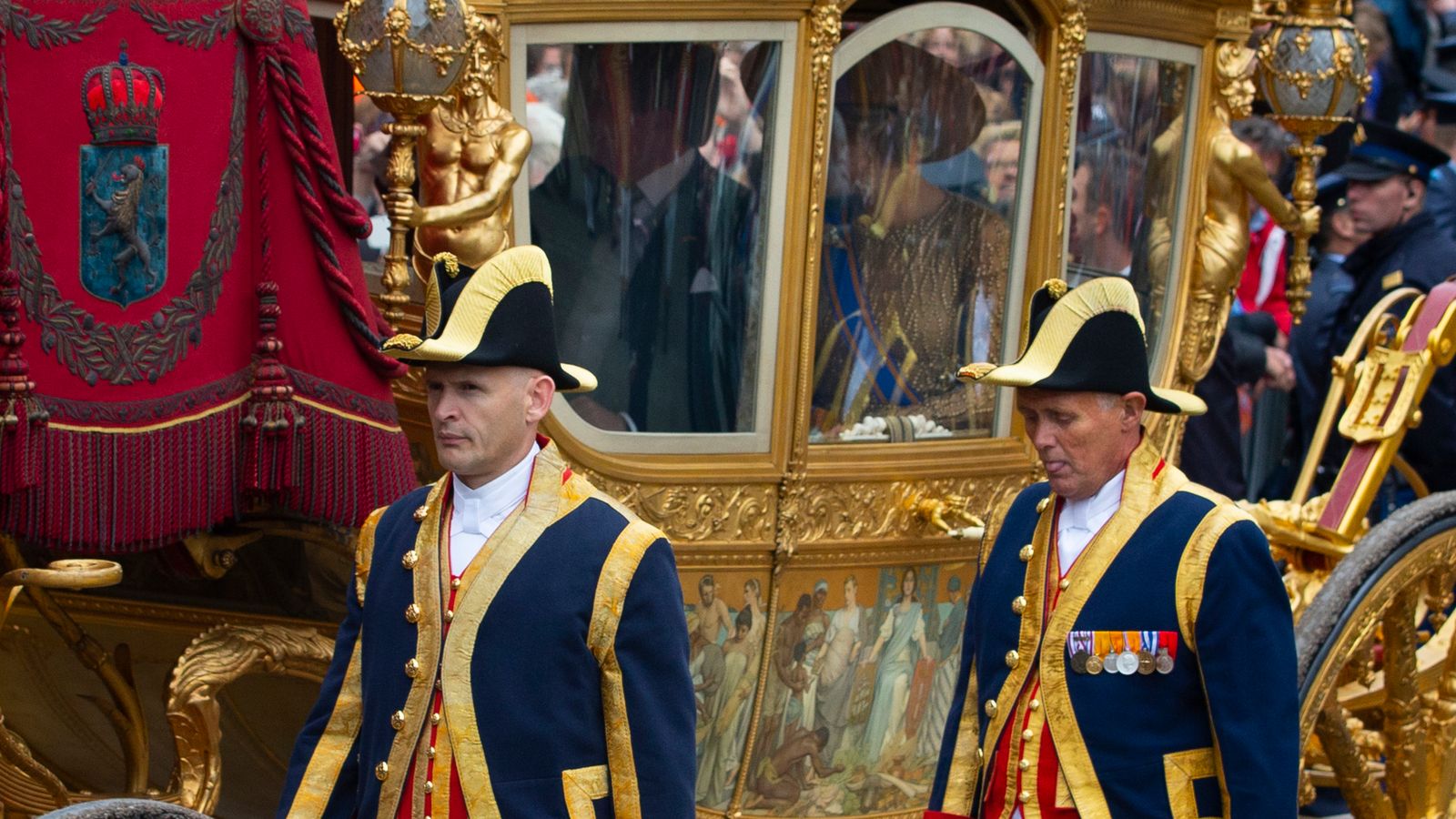 King Willem-Alexander of the Netherlands has refused to use the royal family’s golden chariot after claiming that the side painting glorifies the country’s colonial past, including its role in the world slave trade.

It is decorated with a painting called the Tribute from the Colonies depicting blacks and Asians, one of them kneeling and offering a slightly seated young white woman symbolizing the country.

“The Golden Chariot will be able to seduce again only when it is The Netherlands is ready and this is not the case now, “said the Dutch king.

The announcement comes amid a heated debate over the chariot, fueled by the Black Lives Matter movement, which has led the country to examine its history as a 17th-century colonial power.

In the past, a golden wagon was used to transport Dutch monarchs through the streets of The Hague to the state opening of parliament every September.

“There is no point in condemning and disqualifying what has happened through the lens of our time,” the king said.

“Simply banning historical objects and symbols is certainly not the solution. Instead, a concerted effort that goes deeper and lasts longer is needed. An effort that unites us instead of separating us.”

For now, the carriage will remain on display at the Amsterdam Museum, where a lengthy renovation has followed.

Anti-racist activist and co-founder of The Black Archives in Amsterdam Mitchell Esajas said the king’s statement was a “good sign”, but criticized it as “the least”.

“He says we should not look at the past from the perspective and values ​​of the present … and I think this is a mistake, because even in the historical context, slavery can be seen as a crime against humanity and the violent system,” Mr Esajas said.

Last year, the National Museum of the State Rijksmuseum hosted a major exhibition exploring the state’s role in the slave trade.

Amsterdam Mayor Femke Halsema then apologized for the extensive involvement of the former governors of the Dutch capital in trade.