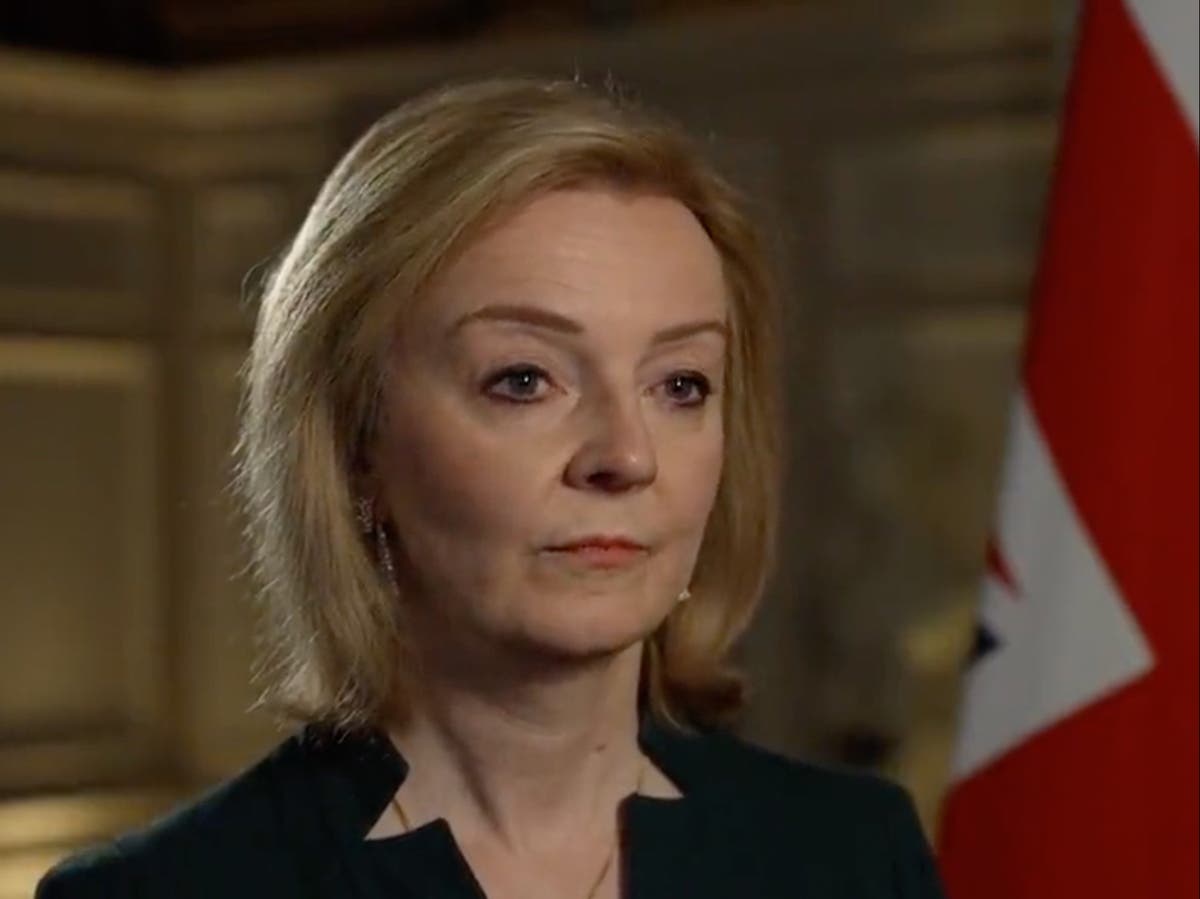 The British public should “move” from the scandal with the parties that took place on the 10th during the pandemic, Foreign Secretary Liz Truss he said.

The pressure is rising Boris Johnson among new allegations that two more drink gatherings took place on Downing Street last April, while Covid’s strict restrictions were in place – the night before the Duke of Edinburgh’s funeral.

However, Ms Truss suggested that the Prime Minister’s apology for attending the “bring your drink” event in Garden no. May 10, 2020, good enough to draw the line under the case for now.

In her address, the Prime Minister said: “I think we need to look at the general situation we are in as a country: the fact that it has achieved Brexit, that we are recovering from Covid – we have one of the fastest growing economies in the G7. promotion program.

She added: “He apologized, I think we need to talk now about how we are going to solve the problems,” and added that people should “wait for the results of the Sue Gray investigation.”

Mrs. Truss, one of the favorites for Mr Johnson’s successor, said: “I fully understand people’s anger and outrage at what happened. The Prime Minister apologized to Parliament on Wednesday – I support him 100% to continue in office. “

New allegations surfaced on Thursday night that two parties took place on Downing Street a week after Prince Philip’s death and on the eve of his funeral.

The Telegraph reported that staff gathered after work at two separate events on April 16, 2021 to mark the departure of James Slack, Mr. Johnson’s former communications director, and one of the prime minister’s personal photographers.

Mr Slack apologized on Friday for the “anger and pain” caused by his departure from the meeting, saying it “should not have happened”.

The revelation came when Andrew Bridgen, a leading Conservative judge, was the last to publicly announce that he had submitted a no-confidence motion to Mr Johnson.

He was the fifth Tory MP to say that he had written to Sir Graham Brady, chairman of the 1922 committee, and called for a vote on the future of the prime minister as party leader.

According to reports, as many as 30 letters have been sent so far. 54 votes are needed to trigger the vote.

Tory MP Sir Roger Gale, who called on Mr Johnson to go, said: “It is clear that I do not know and should not know how many of my colleagues have sent letters – I do not speculate or seek to support what I have done myself. – but I believe that there is a growing momentum. “

Tory Senior MP Julian Knight said he was “open-minded” about the future orientation of Tories. Mr Knight, chairman of the Digital, Culture, Media and Sport Committee, told Times Radio that many people had written to him to complain about Mr Johnson.

“I’d say about half of these – because I’m watching this very closely – are new correspondents and that’s always a red sign on the dashboard,” he said.

An investigation into alleged incidents of violating the prison by high-ranking cabinet official Sue Gray was reported to have found no evidence of crime. But Hours reported that the investigation could offend Mr Johnson for his lack of judgment.

Speaker Sir Lindsay Hoyle warned the government that it would be “completely inappropriate” to leak any details of the investigation into the alleged parties in Whitehall and Downing Street.