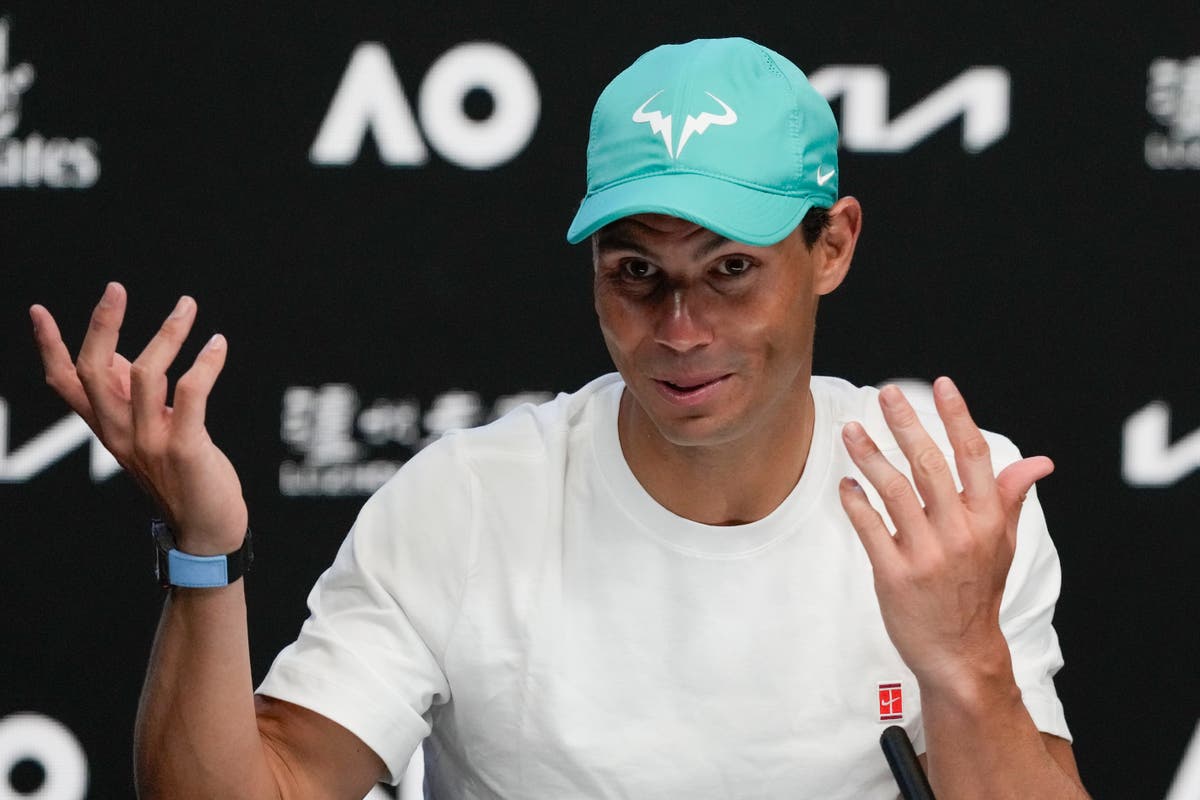 The Spaniard has repeatedly made it clear that he disagrees with Djokovic’s resistance to vaccination against Covid-19, and the extent to which his ongoing battle for visas has overshadowed the tournament is clearly frustrating for many.

At the press conference before the tournament, Nadal said: “It is very clear that Novak Đoković is without a doubt one of the best players in history. But there is no player in history who is more important than the event.

Đoković appealed against the decision to revoke his visa for the second time, and the court hearing will take place on Sunday, the day before, in the first round with Miomir Kecmanović.

Djokovic made a statement earlier this week admitting he took part in an interview last month when he knew he was positive for the virus, and each new development in the saga has attracted a lot of attention.

He went on to say: “From my point of view, there are many questions that need to be answered. In a way, I think it will be good if everything is clarified soon.

“Everyone chooses their own path. I wish him all the best. I really respect him, even though I don’t agree with many of the things he’s done in the last few weeks. “

Stefanos Tsitsipas who was very critical of Djokovic in an interview earlier this week, closed the topic on Saturday with the words, “Obviously a lot of people are talking about it. That’s why I’m here to talk about tennis. There hasn’t been enough talk about tennis in the last few weeks, which is a shame. “

Public opinion in Australia was not on Djokovic’s side, and Alex De Minaur offered a domestic perspective, saying: “Australians have gone through a lot. It’s no secret. They had a very hard time. They did a lot of work to protect themselves and their borders.

“When you come, like any other tennis player, if you wanted to come to the country, you had to be vaccinated twice. It was up to him: his choice, his judgment. “

Alexander Zverev he is usually one of Djokovic’s most outspoken followers on the tour and believes his world number one count against him.

“I don’t know enough about the situation, but I think if it weren’t for Novak Djokovic, the number one in the world, with 20 grand slam tournaments, all of that, then it wouldn’t be such a big drama,” he said.

“I understand the perspective of the Australian people and government. The Australian Government and the Victorian Government should know in advance what will happen. I don’t think it’s very fair for a man to come here and not be able to play. “

Zverev, Nadal and Tsitsipas will be among the favorites, regardless of whether Djokovic will play alongside last year’s runner-up and US Open champion. Daniil Medvedev who would be the first bearer in the absence of the Serbs.

Nadal has been playing his first tournament since early August due to a foot problem, and his preparations were further interrupted by Covid’s attack last month.

The 35-year-old, who faced American Marcos Girona in the first round, was at peace for a few days, but won his first tournament back in Melbourne Park last week.

He said, “I feel happy. If you tell me that I will be in my position today a month ago, I will, of course, no doubt sign after all that has happened.

“I enjoy training and coming back and feeling like a professional tennis player again. I play good tennis. “