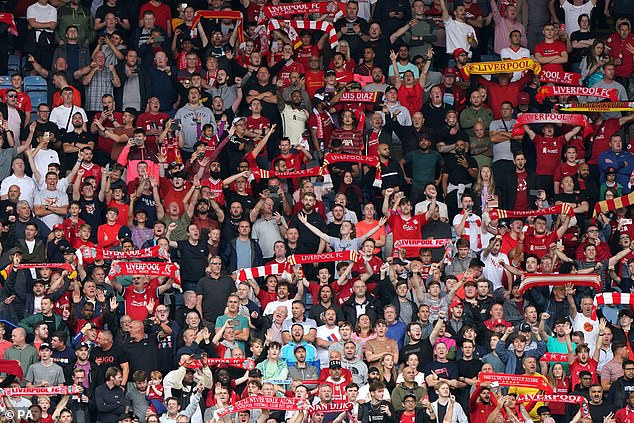 Twitter came to life on Saturday after Liverpool fans booed the national anthem again before their 3-1 Community Shield win over Manchester City.

Traditional performance of ‘God Save the queen” sneers echoed, followed by chants of “F*** the The Tories‘ from the Liverpool end.

It follows a similar reaction before last season’s FA Cup final, when fans booed the corner Prince William met Chelsea and Liverpool players on the pitch.

Those on Twitter, however, were quick to call out Liverpool fans, who are once again involved in the booing.

‘Here’s a Liverpool fan. Honestly, it’s a shame to boo your own national anthem,” one fan tweeted.

“Don’t sing if you don’t want to. But don’t neglect it. This shit is why we all get so fired up. You’re not doing us any favors with this.’

Another expressed a similar sentiment, posting: ‘Why would you even boo the Liverpool fans’ national anthem?!!! Disrespectful.’

Others focused on the anthem singer’s experience, as one fan said: “So the Liverpool players make an anti-sexism ad and their fans boo a young girl singing the anthem mercilessly, says it all.”

Whistling the national anthem is nothing new for Liverpool fans, it has been happening since the 1980s when it was seen as a protest against Margaret Thatcher’s treatment of the city.

The Reds fans’ disdain for the establishment was also a result of the cover-up that occurred in the Hillsborough disaster, where 97 people tragically died in the Sheffield Stadium crowd during the 1989 FA Cup semi-final.

When fans booed at the FA Cup final earlier this year, manager Jurgen Klopp defended Anfield’s loyalty, saying after the game: ‘We wouldn’t have done it if there wasn’t a reason. I haven’t been here long enough to understand the reason for that – it’s certainly something historical – and those are questions you can answer far better than I can.

‘Most of our fans are wonderful people. Really smart, going through the highs and lows. We wouldn’t do that without a reason.”

His comments were poorly received in Downing Street, with the Prime Minister’s spokesman calling the boos a “huge disgrace” as the FA Cup is supposed to “bring people together”.

On Saturday, there were some who shared Klopp’s sentiments, with one tweet reading: “All those whining about Liverpool fans booing the national anthem should find out why they do it.” 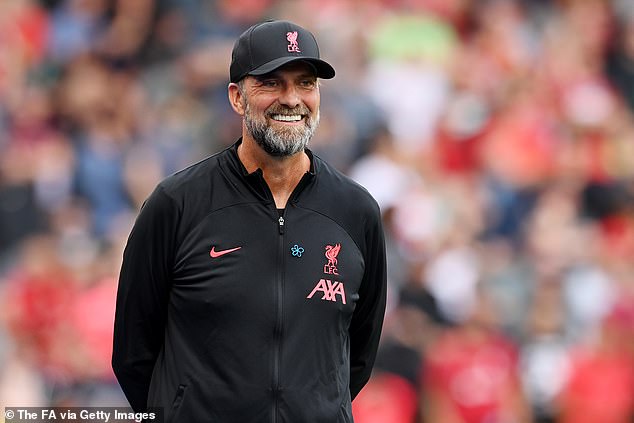 There were some mixed reactions, but most fans seemed to condemn the booing