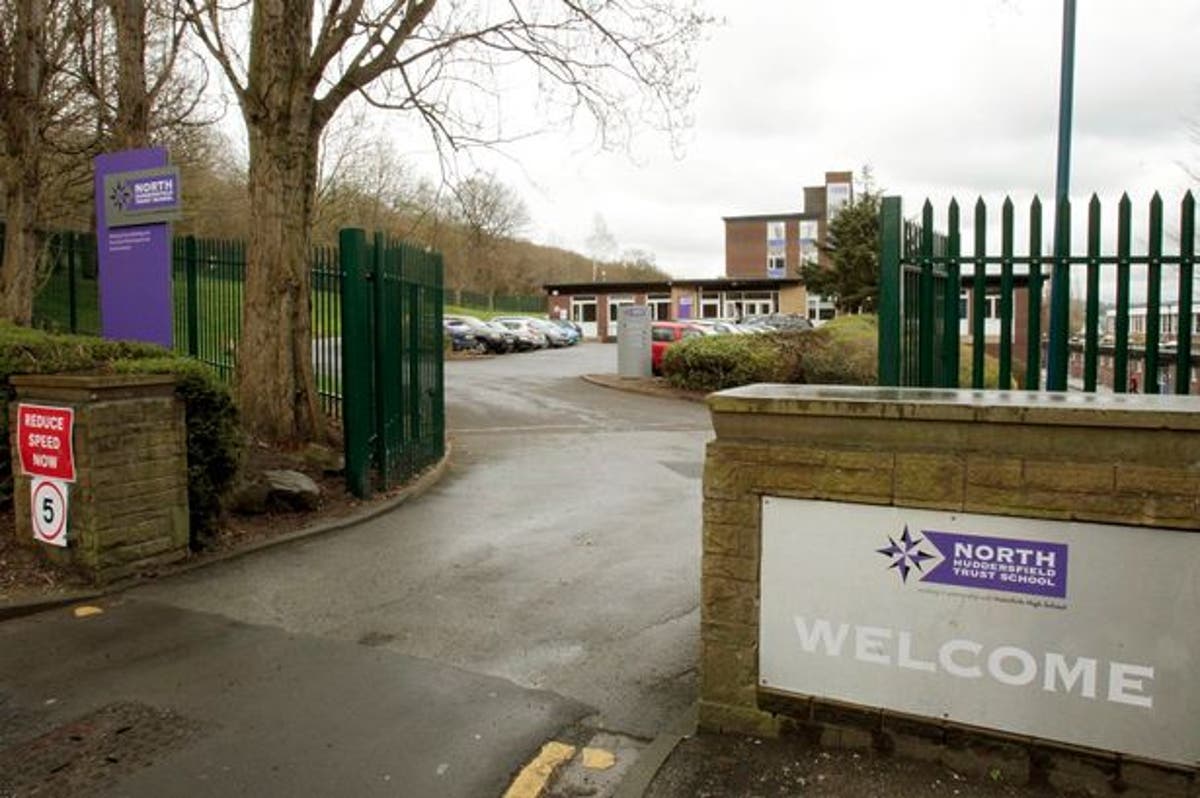 A 16-year-old boy has been arrested on suspicion of murder after a 15-year-old student was stabbed to death.

The attack happened in Woodhouse Hill at 2.45pm on Wednesday, near the northbound entrance Huddersfield School of trust. The victim was treated at the scene and taken to Leeds General Infirmary for emergency surgery but was later pronounced dead.

West Yorkshire Police said the 16-year-old was arrested at an address in Huddersfield “just before 5am” and remains in custody.

The victim’s school said it was “absolutely devastated” by the loss of a “wonderful student”.

In a statement published on the North Huddersfield Trust School website, head Andrew Fell said: “It is with great sadness that I have to inform you that following the incident on Woodhouse Hill Road yesterday, one of our pupils has tragically lost his life.

Mr Fell added that the news was “truly shocking” for the school and that classes would not resume until 10.30am while support was made available to pupils who needed it.

He added: “Our deepest sympathies go out to the student’s family and friends, who must feel, as we do, absolutely devastated. They lost a loved one, and we lost a wonderful student from our school community.”

“West Yorkshire Police have launched an urgent investigation and it would be inappropriate to make any further comment at this time. I urge everyone not to speculate on possible causes or perpetrators and to leave the inquiry to the police. The statement has been published.”

A police spokesman said: “A 16-year-old has been arrested on suspicion of murder in connection with the death of a 15-year-old who was stabbed in an incident in Huddersfield yesterday.

“A young man was arrested at an address in Huddersfield shortly before 5am this morning in connection with an incident in Woodhouse Hill, Fartown, yesterday afternoon.

“He remains in custody and inquiries are ongoing, led by detectives from West Yorkshire Police’s Homicide Squad and the Major Investigation Team.”

A 46-year-old father who has a son in school said Yorkshire live: “It was a scary moment when I found out that there was a problem and that the teacher answered my 14-year-old son’s phone. I understand that he may have witnessed something that happened.

“The staff asked me to come get him. I heard it all came out of nowhere. They grabbed this student, pinned him to the ground and stabbed him several times.”