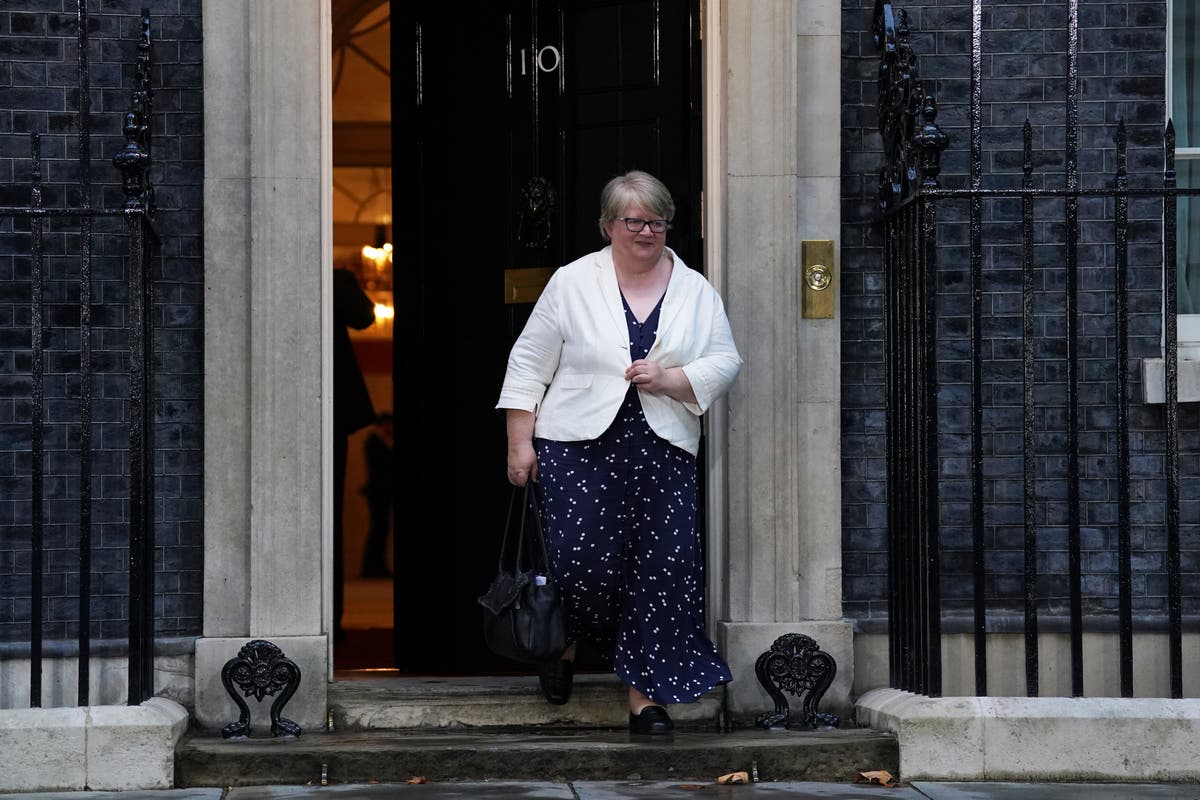 Health Secretary Therese Coffey has promised a £500 million “down payment” for social care care as part of plans to “rebalance” NHS and care products.

Unveiling her new plan for the NHS, Ms Coffee also admitted that NHS backlogs would rise before falling.

In a speech to Parliament on Thursday, she vowed to take a “laser” focus on ambulance delays, saying pharmacies could prescribe more drugs and thus free up time at the GP.

As part of her emergency plan for the NHS, the new health secretary has set new expectations for GPs to see patients within two weeks.

On social Security she said: “This £500m acts as a down payment on rebalancing health and social care funding as we develop our longer term plans.”

Ms Coffey told the Commons that this is in addition to commitments to “promote the health and care workforce” and will “concurrent with the design and delivery of our future workforce plan”.

However, when asked by Mr Hunt, she would not confirm whether the government would publish its long-term workforce plan for the NHS before Christmas.

That comes after The Independent revealed on Wednesday that the strategy had been delayed due to government “uncertainty” and a dispute with the Treasury over funding.

The Health Secretary has announced a number of other measures to boost the winter workforce which include; extending the scheme for retired staff to rejoin the NHS, more flexible pensions and a drive to get more volunteers.

Measures to tackle the growing problem of patient waiting times for an ambulance included the creation of a voluntary “help” service.

However, measures for this sector fall short of calls to improve pay conditions for workers in the care sector.

Sally Warren, director of policy at The King’s Fund, said: “Today’s announcement contains some healthy ambition and sensible action, but it amounts to little more than tinkering around the edges. Despite the best efforts of NHS and social care staff, patients are facing a harsh winter and struggling to access overburdened services. The scale of the challenge calls for bolder action.

“The reintroduction of the scheme to help patients from NHS wards into social care will reduce the pressure on hospitals. But social care is much more than a relief valve for the pressures of the NHS. Raising money in the short term will not help social care services to address unmet need, improve the quality of care or recruit and retain more staff.’

She added that measures to combat the workforce are “too little too late to avoid an extremely difficult winter.”

Plans to help address the problem of doctors retiring early due to the pension tax included flexible retirement options such as partial retirement.

To tackle the crisis in dentistry, the health secretary said “there are too many dental deserts… We have already started to change the dental contract to encourage dentists to do more NHS work and take on more difficult cases.

“We will also streamline pathways into NHS dentistry for those who have trained abroad so they can start treating patients more quickly.

Under the new plan, pharmacists will be able to prescribe certain drugs instead of requiring a prescription from a GP.

In response to questions from Labor on A&E targets, Ms Coffey said she recently waited almost nine hours in A&E as she insisted she remained committed to the target of seeing patients within four hours.