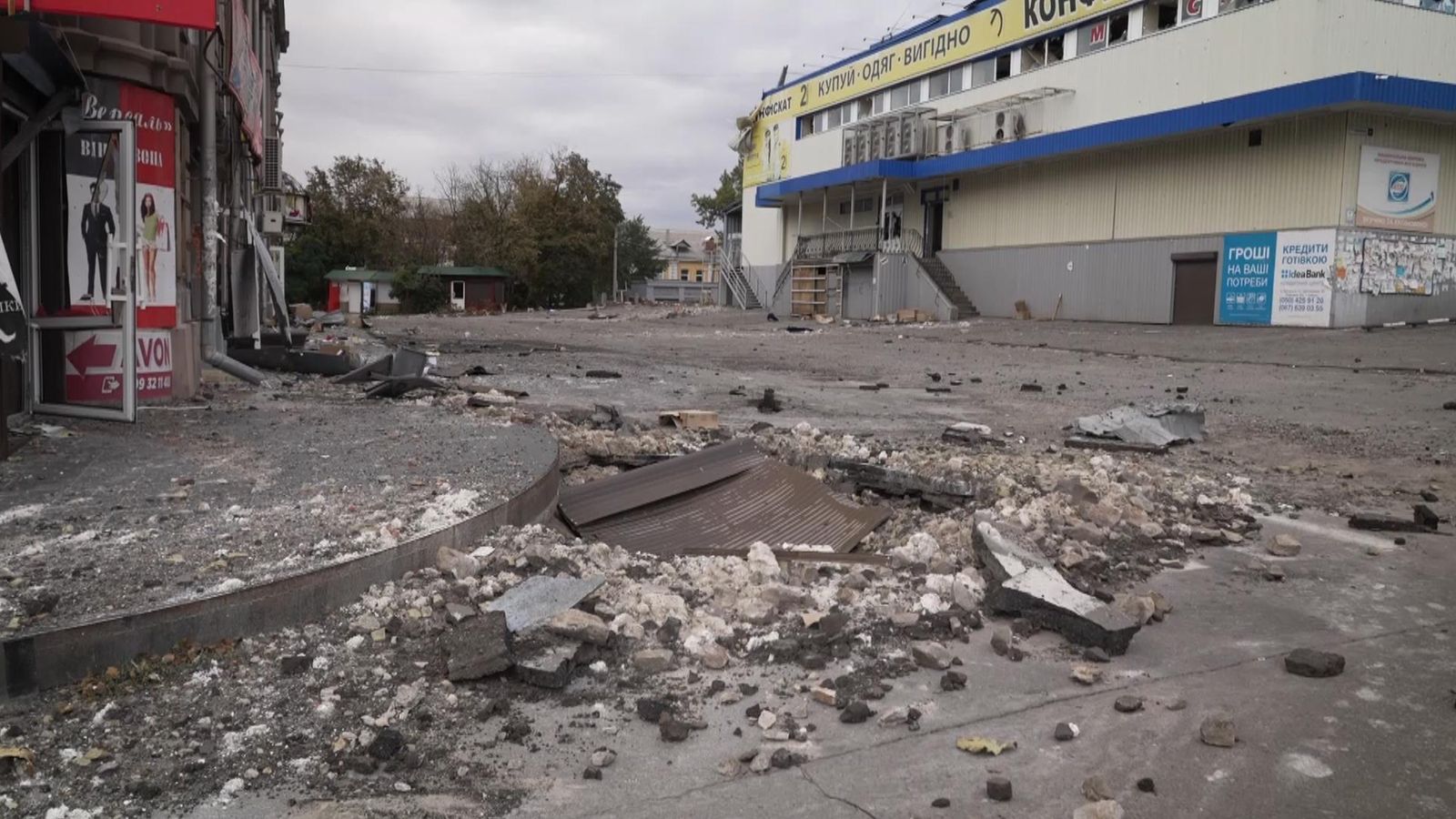 The ominous sound of explosions could be heard on the outskirts of the town of Kupiansk.

A small line of weary residents queued for water from the local well, each clutching a collection of plastic bottles in the absence of running water or electricity.

They barely flinched when the boom of outgoing fire from the Ukrainian side echoed around them, followed by the bang of an incoming round landing farther into the city.

Ukrainian forces are trying to retake the city as part of a major counter-offensive in the northeastern Kharkiv region that has recaptured swathes of land from Russian control.

But unlike other newly liberated areas, such as the city of Izyum and the large city of Balakliya, Russian forces are not surrendering Kupiansk without a fight.

It has turned the city into a front line, with Russia shelling Ukrainian positions seemingly outside the eastern perimeter and Ukraine pushing them back even further with return fire.

The center of Kupiansk looks and sounds like a war zone, with burnt and broken buildings, twisted metal and chunks of concrete littering the streets, and a few locals wandering around having to contend with the fairly regular rumble of incoming and outgoing fire.

Two women came out of the basement of a building onto a broken street.

One of them agreed to talk. She was visibly angry and blamed the destruction on the Ukrainian side without mentioning the role played by Russian forces – perhaps an indication of how not everyone in the city opposed the months-long Russian occupation.

“How are we living? Just look. No jobs, no money, nothing,” she waved her hands over the devastation.

“Nothing to eat, no electricity, no water, no gas. I didn’t wash my hair for two weeks.”

The woman added sarcastically, “How are we living? We’ve dreamed of this life all our lives… This sucks.”

The Ukrainian operation to return all parts of the Kharkiv region under Russian control officially began on September 6, targeting Russian positions in the occupied territories.

Kupiansk is a railway hub with tracks leading southeast to the Donbass – the central focus of the Russian invasion – and also into Russia.

Control of the city allowed Russian forces to more easily supply frontline forces in the Donetsk and Luhansk regions that make up Donbas.

This makes the acquisition of this city all the more strategically important for the Ukrainians.

Residents of Kupiansk spoke of how the period from September 9 to 12 was particularly “loud and scary” in their town when the Ukrainians attacked.

“There was a lot of shelling from the Ukrainian side, planes were flying,” said Olena Dmitrieva, 55, who lives in an apartment block on a grassy raised area on the edge of the city, overlooking the center.

“I live on the fourth floor and these jets, explosions, it was like hell. Our building was shaking … We thought it might collapse now.”

She said her children and grandchildren live on the eastern side of Kupiansk, closer to the Russian lines, and she has not been able to visit them.

“God, why are we being punished like this?” she asked tearfully.

The governor of the Kharkiv region said five people, including a 13-year-old boy, were wounded in Russian shelling of Kupiansk on Wednesday.

Despite the active fighting, Ukrainian police and prosecutors are already on the ground in the city, collecting evidence of alleged Russian war crimes during the occupation.

A Russian flag was strewn on the ground by the entrance, along with a broken Russian police sign – an indication of who was using the building.

Inside, on the wall was an ominous picture of the letter “Z” – a symbol of occupation.

Investigators rummaged through a number of filthy cells where people appeared to be held in cramped and filthy conditions. There was also a room said to be used for interrogations where forensic experts collected DNA samples.

At all times they had to be alert to the threat of Russian attacks.

We were told to take cover if we heard a drone buzzing, as it could be Russian looking for targets on the ground for artillery guns to hit.

“It’s hard,” the deputy prosecutor said of having to work in a war zone.

“But it’s more difficult than being near the front line to be without electricity and lights. That makes it difficult for our investigation. But we’re gathering evidence about how Russia treated people. There used to be aggression here.”