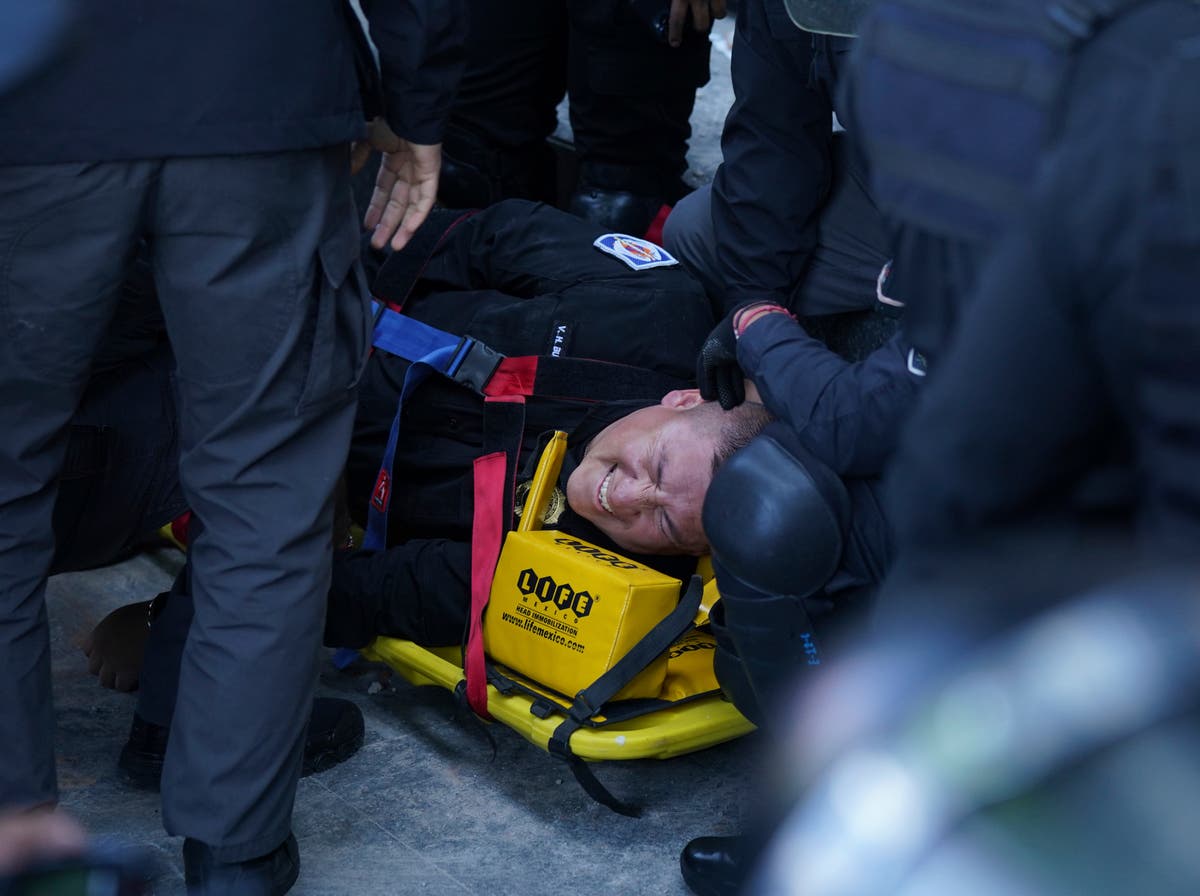 An explosion outside Mexico’s attorney general’s office on Thursday injured police as protesters protesting the anniversary of the 2014 disappearance of 43 students clashed with officers dressed in riot gear.

Those injured in the explosion were loaded into ambulances. Broken glass and blood could be seen.

Members of the bomb squad sealed off the area. One undetonated object found by an explosives technician appeared to be a small pipe bomb – a tube with two closed ends.

Mexico The city’s police department said 11 officers were injured by firework shrapnel, and some suffered bruises. All were taken to hospital, but their injuries were not life-threatening.

The protest was just one of a host of activities planned ahead of Monday’s 8th anniversary of the students’ disappearance. The protests, which include relatives of the missing students, have generally remained peaceful.

Thursday’s demonstration also began like this, with chants and speeches. Most of the protesters boarded buses and left before the small group that remained clashed with police.

Some protesters threw stones and fired bottles at police lines. Others painted areas around the building with demands for the safe return of the missing students.

The officers huddled together, crouching under their plastic shields, engulfed in smoke.

On September 26, 2014, the local police in IgualaGuerrero kidnapped 43 students of a radical teacher’s college. They were allegedly handed over to a drug gang and never seen again. Three victims were later identified by charred bone fragments.

Last month, Interior Undersecretary Alejandro Encinas, who heads the truth commission investigating the case, called it a “state crime” and directly implicated the military, among other state actors, including local and state police.

Former state prosecutor Jesus Murillo Karam, who oversaw the original investigation into the disappearances, was arrested last month on charges of torture, dereliction of duty and enforced disappearance. Last week, Mexico arrested a retired general who was in charge of the local military base in Iguala at the time of the kidnapping.

Dozens of student protesters arrived by bus in front of the Attorney General’s office on Thursday morning. The police with helmets and anti-riot shields formed several lines of defense in front of the entrances.

On Wednesday, activists vandalized the exterior of the Israeli embassy in Mexico City. Mexico is asking Israel to extradite another key figure in the investigation into the student disappearances.