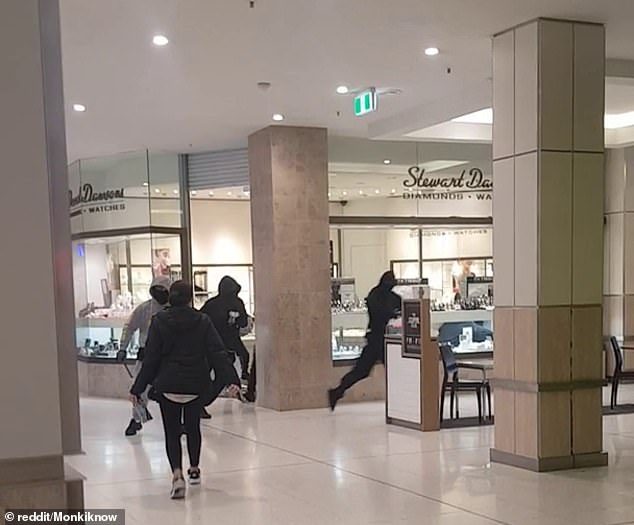 Brazen masked thugs broke into a jewelery shop and smashed glass cases to rob the business of valuable items.

Shoppers ran for cover when eight men robbed the Stewart Dawsons store in St Lukes Westfield, Auckland, at around 5pm on Tuesday.

The video shows the robbers breaking into the store, grabbing jewelry and smashing the store with clubs before fleeing the mall.

The brave shopper tried to resist the thieves and repeatedly shouted at them to ‘get them out’, but they ignored her.

A security guard also ran after the group as they fled, and terrified shoppers sought refuge in nearby shops.

One robber threatened a passerby with a stick before leaving the store.

A brave retail worker at nearby fashion store Max said she heard glass smashing and screams before seeing one of the robbers holding a large stick, which she mistook for a gun.

She immediately sprung into action, lowering the shutters of the store and locking the door.

She then hid the customers in a back room where they waited until the masked men left. 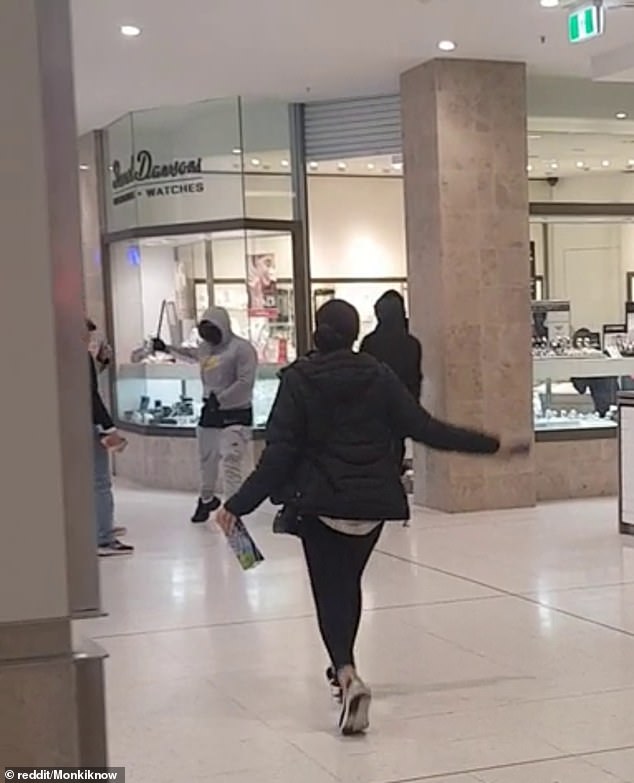 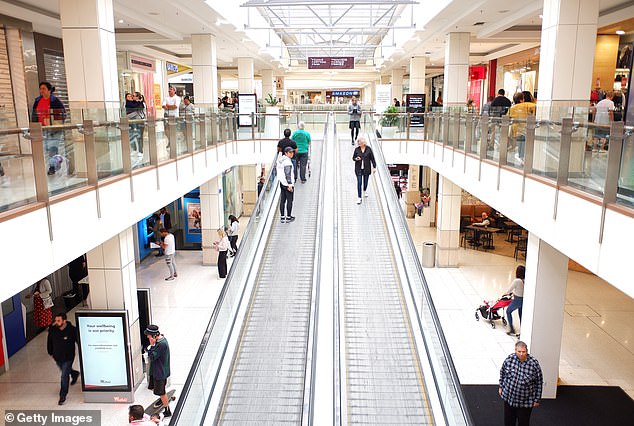 Police said they were still investigating the aggravated robbery and would be regularly patrolling St Lukes Westfield shopping center (above).

The robbers fled the scene shortly after with the stolen jewelry.

Officers later found an abandoned Toyota Corolla Axio about a kilometer from the scene, on Taylors Road, which they believed had been used as a getaway vehicle.

Blood was found on the outside of the stolen car, and jewelry was found abandoned on the road next to it.

Auckland City West Area Commander Inspector Alisse Robertson said police were following up on tips about the aggravated robbery but had yet to make any arrests. 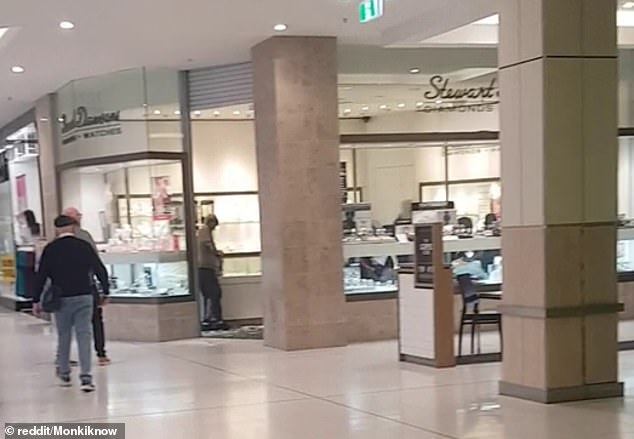 “The community can be assured that our staff are working hard to identify the perpetrators and bring them to justice,” she said.

We understand that this incident would be a distressing experience for staff and other witnesses at the complex.

‘There will be an increased police presence in the area and we will continue to carry out regular foot patrols within the complex.’

Anyone with information about the attack is urged to contact the police.