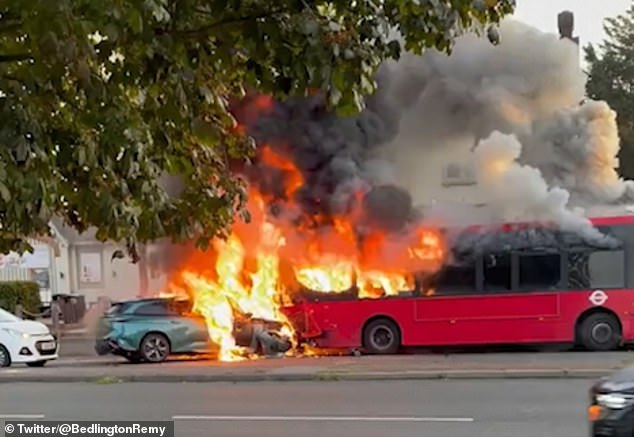 This is the shocking moment a bus caught fire after a car crashed into it during the morning rush hour.

The shot shows the back of the red TfL bus caught fire on the Ewell Bypass in Surrey, with thick gray smoke billowing from the vehicle’s windows.

Behind the bus is a blue car also on fire, flames pouring out of the driver’s side door.

The front bumper appears to be hanging and the vehicle is touching the rear of the bus, which is stopped at a bus stop on the ring road, also known as the A240.

AA Traffic News reports that traffic in the area is backed up due to the road closure due to the accident and that the 406 bus service is on a diversion.

In the background of the video, which was taken just after 7.20am this morning, emergency services can be heard arriving.

It is not known if anyone was injured during the incident, and the cause of the fire is currently unknown.

This is important news and we will bring you more information as it becomes available. 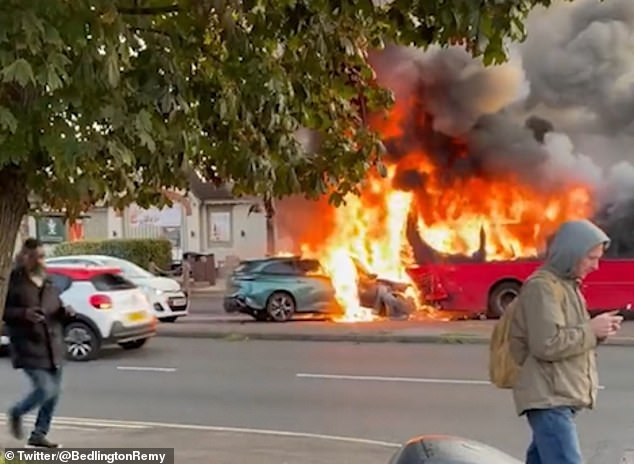 Whether anyone was injured during the incident, the cause of the fire is also unknown