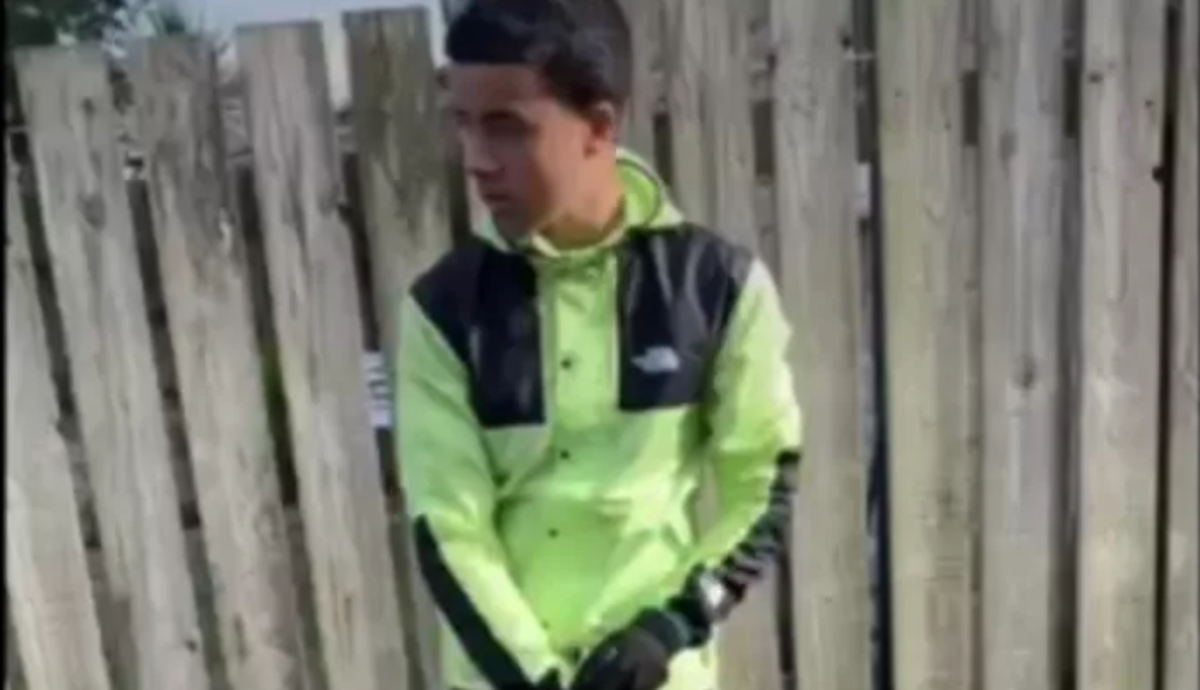 A young boy who was stabbed to death outside a Huddersfield school has been named locally as 15-year-old Khayri McLean.

The students described seeing a teenager “nailed to the ground and stabbed several times” in front of the school gates.

A 16-year-old boy has been arrested on suspicion of murder and is in police custody, West Yorkshire Police said.

Since the North Huddersfield Trust boys’ school opened at 10.30am, pupils and parents have visited to pay their respects.

In a tribute to Khayri on the GoFundMe page, his girlfriend Shyana James said: “Yesterday a beautiful boy lost his life, he was only 15 years old.”

Shyan’s mother Sherrin said at the scene ITV: “It’s just heartbreaking. He was at my house every day. He was such a good guy and he and his girlfriend adored each other. They were inseparable, they were with each other all the time.”

She said she did not know why he was attacked. “He was such a calm boy,” she said.

Many youngsters were moved to tears as they paid tribute to the teenager. A schoolboy laid a bouquet of flowers with his father, who spoke of the shock of the death.

“It’s just horrible, it’s shocking at such a young age,” said the father. “As a parent it’s very scary, you don’t know if it’s targeted or random.

“They pick up my son and take him to school, but for other parents who are working, I imagine it’s scary for them.”

The headteacher of the North Huddersfield Trust school Khayri attended said he was “absolutely devastated” at the loss of a “wonderful pupil”.

In a statement posted on the school’s website, headteacher Andrew Fell said: “It is with great sadness that I have to inform you that following the incident on Woodhouse Hill Road yesterday, one of our pupils has tragically lost his life.”

Mr Fell added that the news was “truly shocking” for the school and that classes would not resume until 10.30am while support was made available to pupils who needed it.

Mr Fell said: “West Yorkshire Police have launched an urgent investigation and it would be inappropriate to make any further comment at this time. I urge everyone not to speculate on possible causes or perpetrators and to leave the inquiry to the police. The statement was published.

“Our deepest condolences go out to the student’s family and friends, who must feel, as we do, completely devastated. They lost a loved one, and we lost a wonderful student from our school community.”

Senior investigating officer Detective Superintendent Marc Bowes said: “Our investigation is still at a very early stage and we will be carrying out extensive inquiries to establish the full circumstances of this incident which has resulted in the completely senseless loss of a young life.

“We recognize that an incident of this nature will cause understandable shock and concern in the community and we are working closely with our colleagues in Kirklees Borough who are increasing their presence in the area to reassure people and keep them informed as our investigation progresses.

“We have already identified a number of witnesses to the incident itself, but we would still like to hear from anyone who has any information that could assist the investigation.”