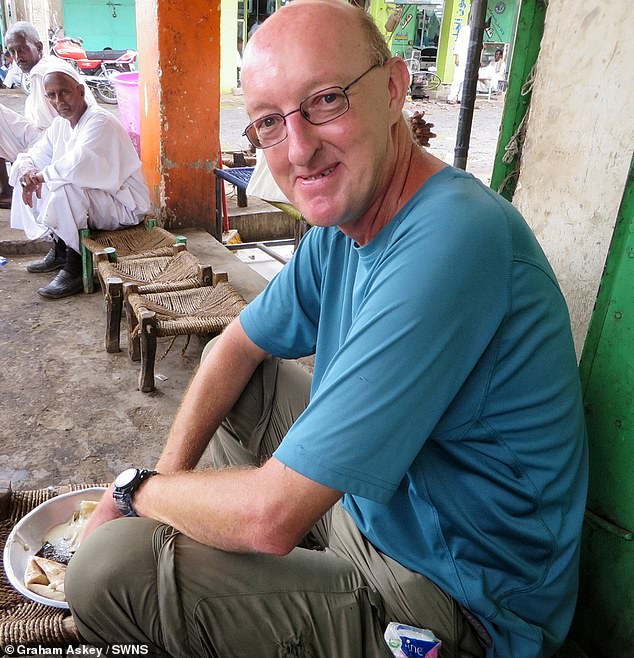 A British travel blogger who spent £150,000 and traveled 75,000 miles to more than 90 countries to find the world’s worst public toilet says he has finally found it – in Tajikistan.

Brighton-based writer and blogger Graham Askey – known to his friends as the ‘Porcelain King’ – has scoured the world for the most hideous losses.

After visiting 91 countries and blogging extensively about some of the worst cases he found, the 58-year-old has now discovered the “perfect hellhole” – a rickety tent with walls that double as a toilet.

A 5ft high toilet in northern Tajikistan is so bad that those desperate enough to use it have to bend over sun-dried excrement, a retired builder says.

But by far the most repulsive thing of all, says Askey, is that his fabrics are being used as communal toilet paper.

He says some of the ‘wall’ parts were torn off and thrown on the floor of the cabin. There is also the risk of disturbing the deadly snakes and fearless rats that have made their homes in the nearby rocks.

According to Mr Askey, the toilet in the Ayni region of Tajikistan, on the western edge of the Pamirs and not far from the border with Afghanistan, is so vile that locals refuse to use it unless they are “absolutely desperate”.

Askey, a self-confessed squatter watcher, visited hundreds of public toilets on six of the world’s seven continents before crowning a tenement in Tajikistan as the worst.

Graham Askey estimates he has spent as much as £150,000 traveling the world photographing public toilets 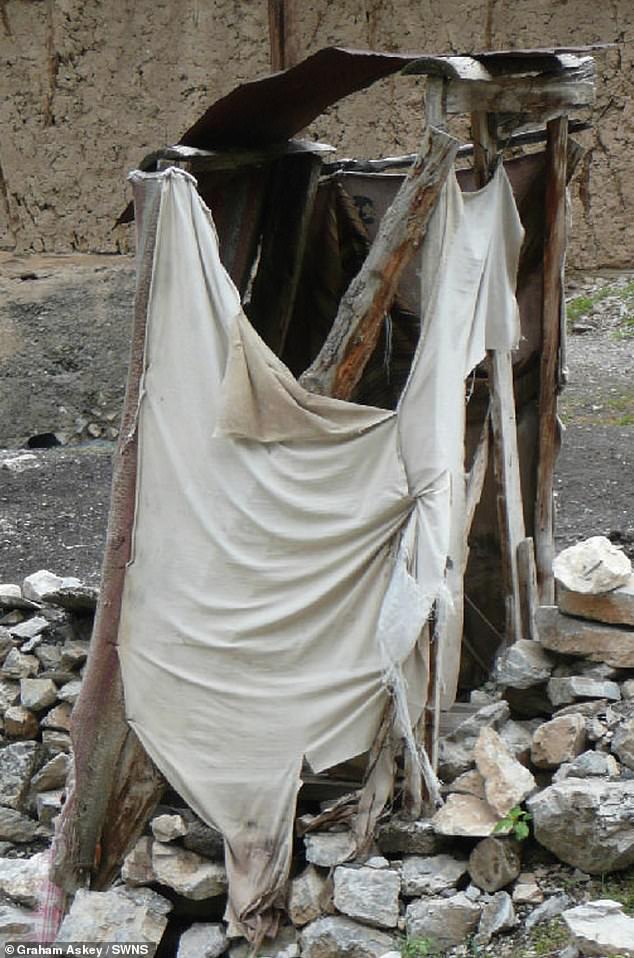 According to Mr Askey, this is the “worst toilet” in the world, which you can find near the Afghan border in Tajikistan. 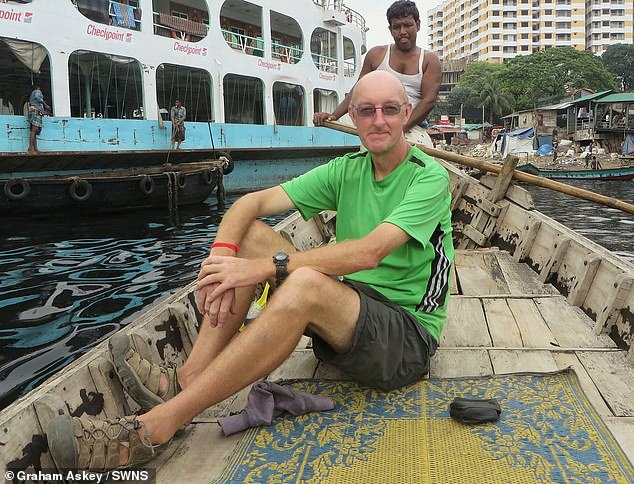 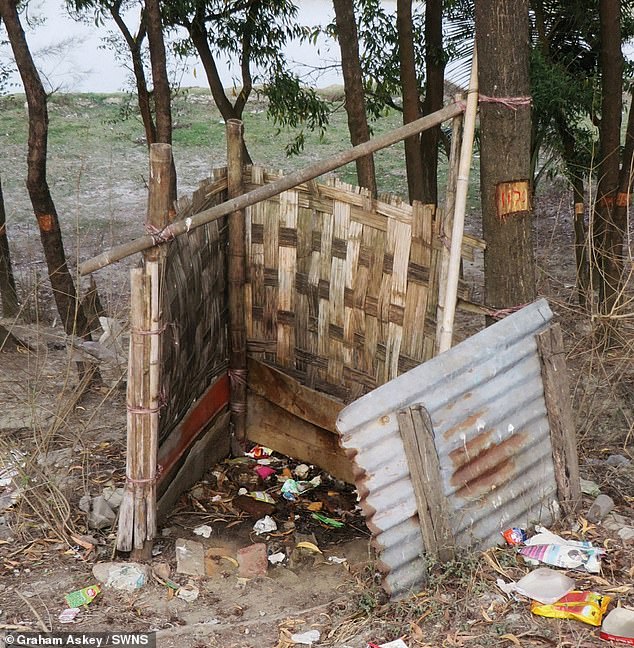 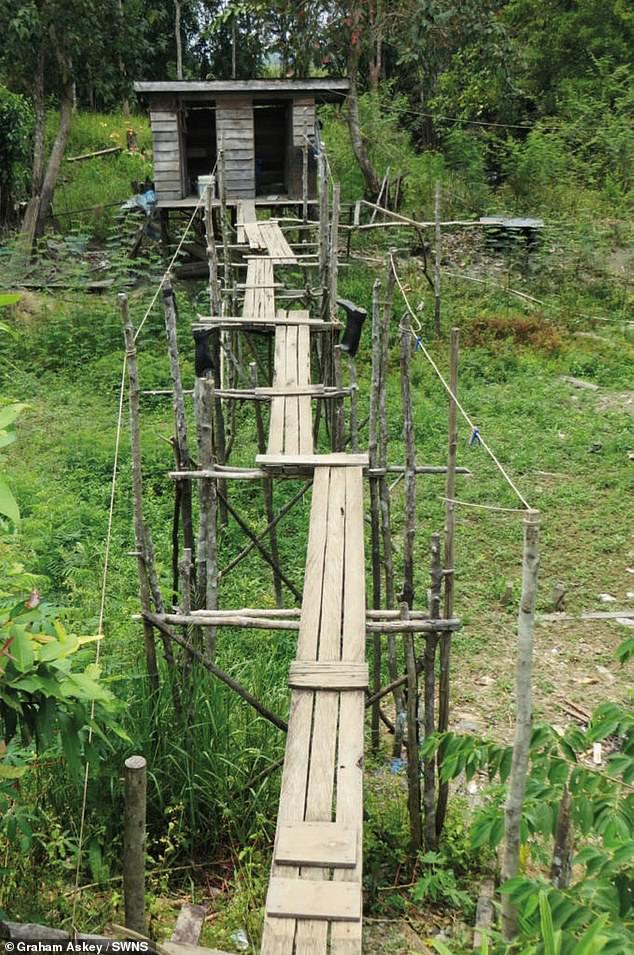 In his new book, Toilets of the Wild Frontier, which hits shelves this week, he’s included 36 of the ‘most swear words’ he’s come across.

Other public spills to feature on his “c**p list” include a sink in Bangladesh and a bath with “litres one and two” in China – with a plug attached.

A hut on 10ft high stilts in Indonesia also made the list for its death-defying path, as did a wooden chair with a built-in toilet bowl in Benin, prominently placed on a raised platform in the middle of a village. Askey says it’s “the least privacy-conscious toilet” he’s ever come across.

Mr Askey developed his particular fascination with public toilets – particularly their poor construction – on his first overseas holiday in Morocco.

Since then he has visited 91 countries, traveled around 75,000 miles and spent around £150,000 visiting private and public toilets around the world.

He only photographed the exterior of the worst toilets he visited to spare people the “vomit-inducing” contents, and would spend “the absolute minimum amount of time” inside to prevent nausea.

The pictures he took have received thousands of views on his blog ‘Inside Other Places’, which he writes for the fictitious Toilet & Urinal Restoration & Design Society (‘TURDS’).

His unique posts about remote parts of the world became so popular that he decided to compile the best 36 into a book. 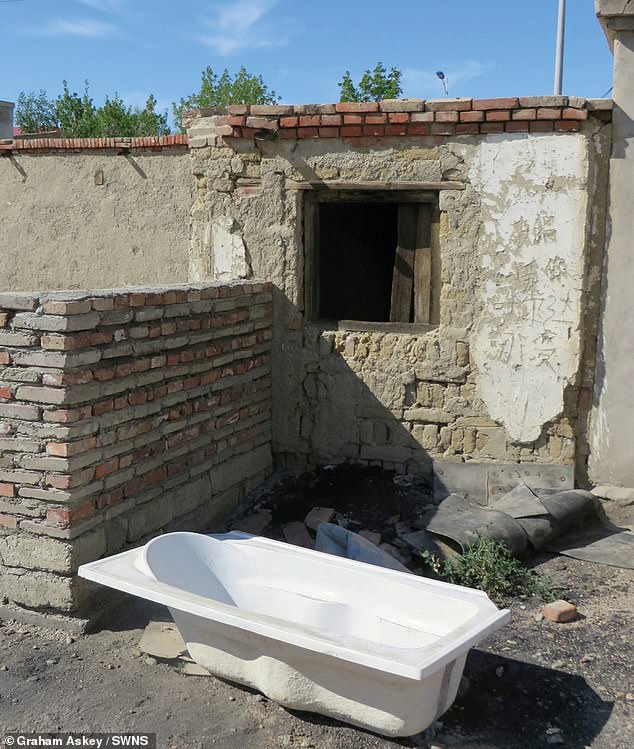 This bath, found in China, was filled with “liters of numbers one and two,” according to a travel blogger. 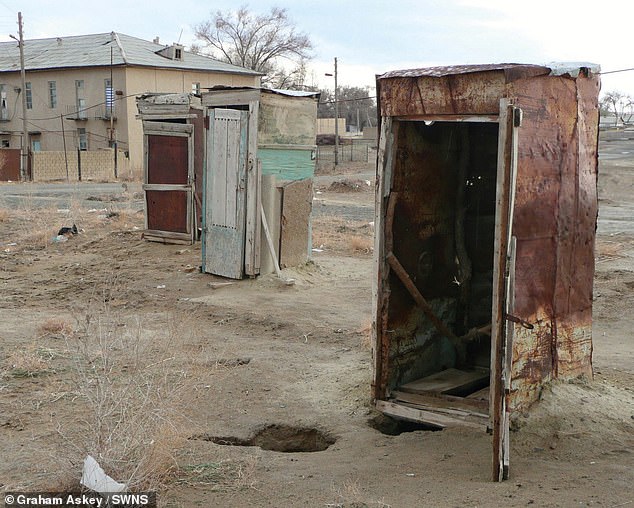 At least these toilets in Uzbekistan are solid structures, but they still made the list of the 36 worst public toilets in the world 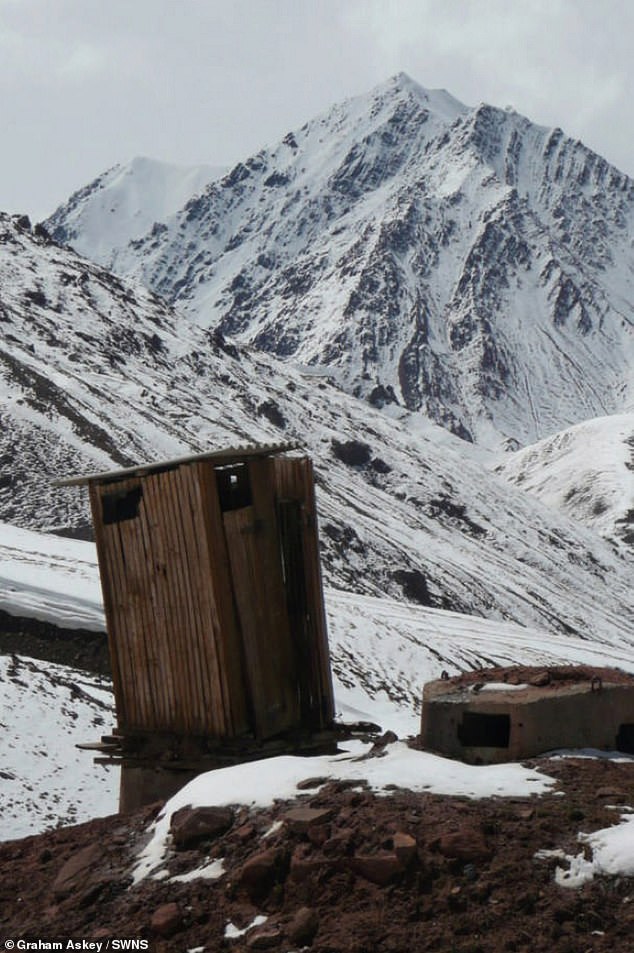 Another listed toilet in Tajikistan is a precarious shaft perched between mountains. 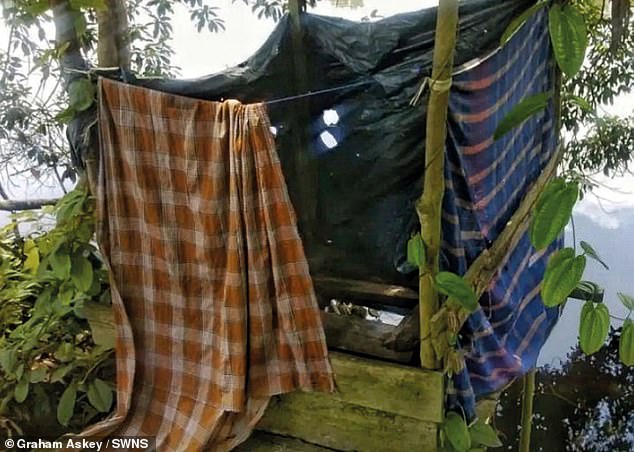 This toilet in Indonesia, located on a raft, empties directly into the water below 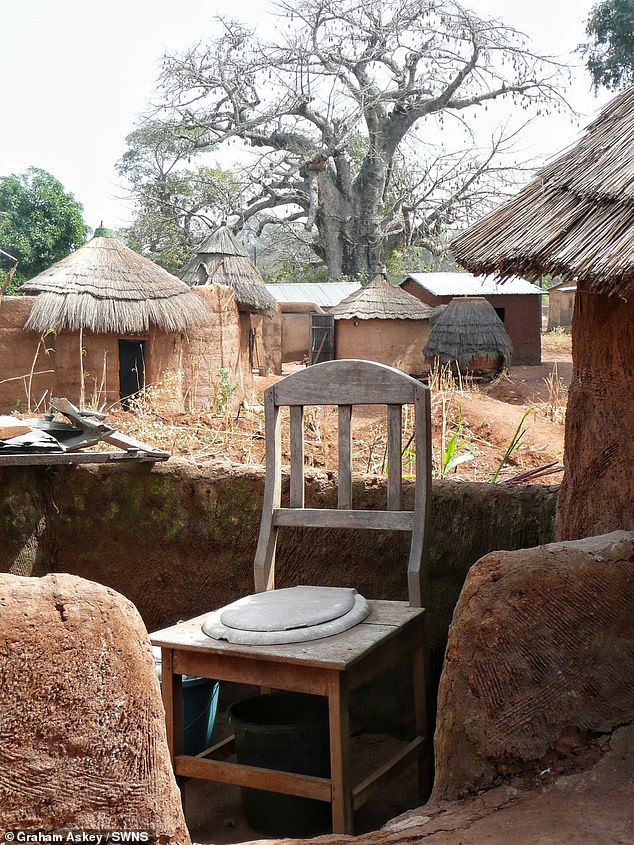 Although it is intended as a satirical work, it also aims to highlight the health risks posed by substandard hygienic conditions.

Mr Askey said: ‘Make no mistake that every entry on my list is awful beyond description.

“Some of them may look fine, but believe me – and I know – they are the most inhospitable places on earth and spending one minute in any of them would be unthinkable except under the worst of circumstances.

Each seems to attract members of the public who have not yet mastered the basic art of ‘targeting’.

After many trips I thought I’d seen it all, s**tters on stilts, sinks seemingly full of little things, and bathtubs clearly being used as makeshift bogs.

“But having enjoyed some of the filthiest bathrooms you’ll find anywhere on the planet, Tajikistan’s toilet has to be the worst in the world – it’s an absolute hellhole.

‘With no toilet paper, the builders have conveniently built it with a fabric cover that offers a wipe function – and it looks like the locals have taken full advantage of it!’

Mr Askey added: “Whilst readers will no doubt find these awful public toilets funny, it should be understood that they pose a significant and largely unnecessary health risk which can be significantly reduced by supporting charities such as ActionAid and World Day toilets.”