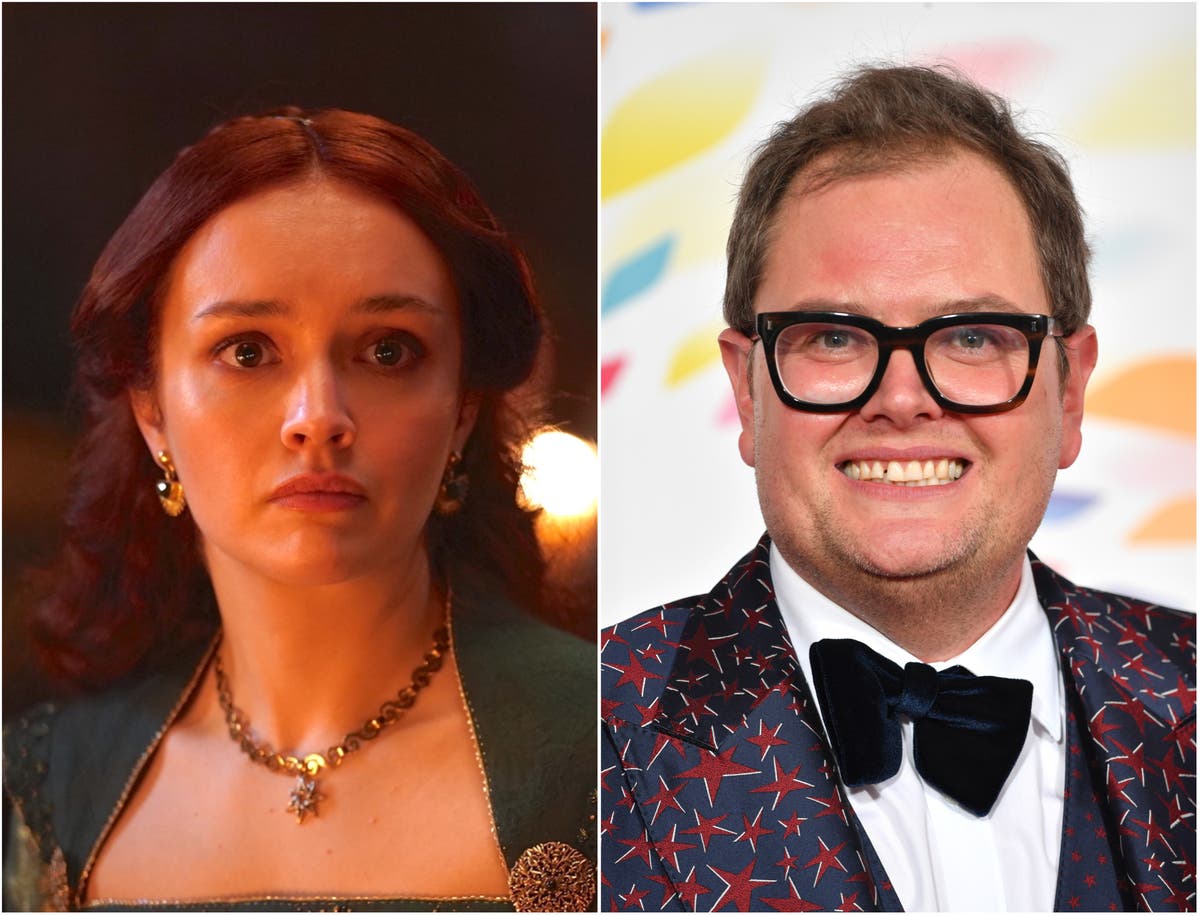 Olivia Cooke revealed that she had a difficult first day on set Dragon Houseafter a night of drunkenness with Alan Carr.

The player plays an older version of Alicent Hightower v HBO prequel series to Game of Thrones. She will be introduced in the next episode of the series, which airs on Sunday (September 25), as the events of the show jump forward 10 years.

In a recent appearance at Jimmy Kimmel Live! the actress revealed her career on HotD it didn’t start as well as it would have liked.

“I was very high on drugs. Really bad, actually. Really bad,” she told the host of her first day of filming.

Cooke explained that she started drinking with presenter and comedian Alan Carr after appearing on his Life is a beach podcast the night before.

“I never do that, but there’s a comedian in England that I love, Alan Carr, and he has a podcast,” she said. “He invited me to the podcast and I was very excited.”

“I didn’t have time to call until 11 o’clock the next day, so I brought a bottle of wine as a gesture,” she added.

She said that after filming ended, the pair continued to drink and chat.

The actor ends up getting so drunk that he doesn’t remember coming home; “I bent my head down to put my hair in a pony and I fell,” she recalled.

Not only was she a cat, but she knocked out a tooth from the fall.

“The next day I woke up and I had a chipped tooth. A very small sliver, but enough for the tongue to enlarge,” she said. “And you’re like, ‘What did I do?’ No one on set knew, until now.”

Despite the cat, Cooke said her first day on set was “amazing”.

On Instagram, Carr reacted to the news, writing: “OMG!!! I broke America,” alongside a clip of Cooke’s anecdote.

“You don’t sound like me!!!,” he sarcastically wrote in the caption alongside wine emojis and laughing crying faces. “Love you @livkatecooke don’t forget Lifes A Beach.”