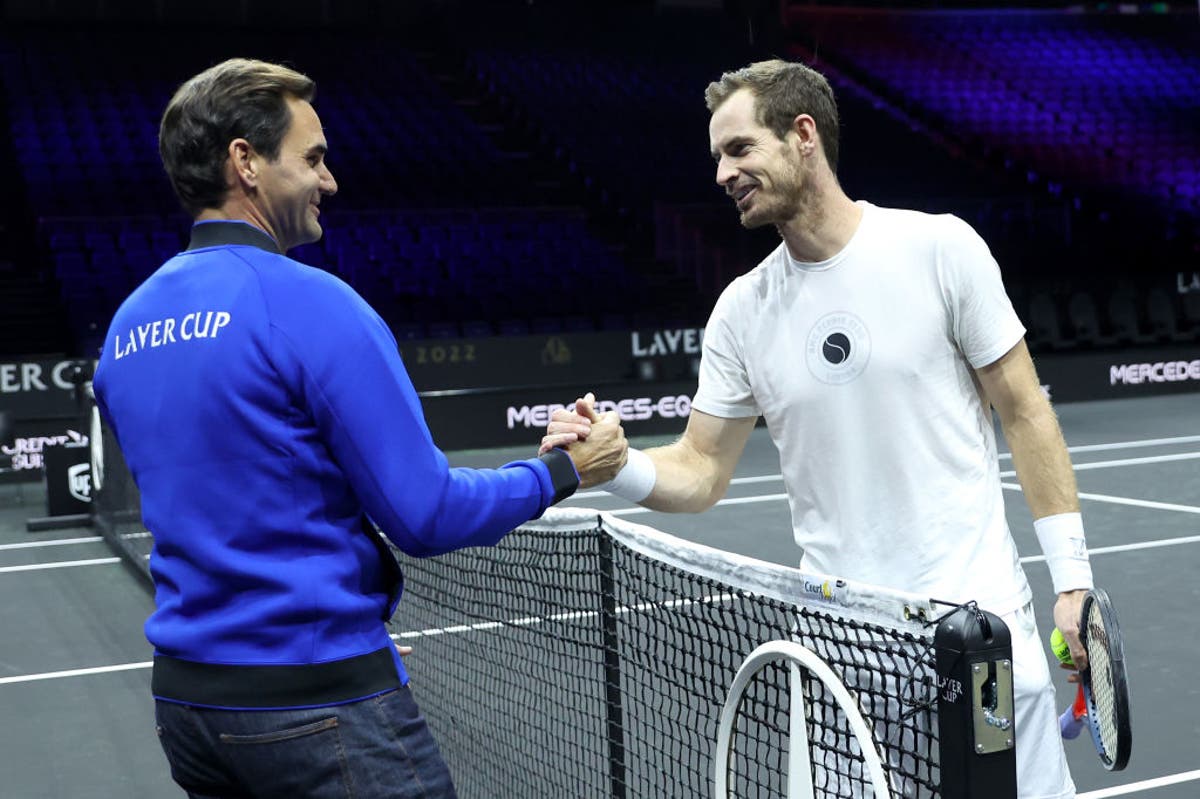 The 41-year-old will be a partner Rafael Nadal in doubles in the last match of the day at the O2 Arena, in an unmissable showdown.

They will face the Team World pair Frances Tiafoe and Jack Sock.

There are also three singles matches on the opening day with Andy Murray in action against Alex De Minaur.

Here’s the Laver Cup day’s order of play and everything you need to know.

What is the order of play in the Laver Cup?

Saturday’s order will be known after Friday’s games.

Sunday’s order will be known after Saturday’s matches.

How is the Laver Cup going?

Singles and doubles matches are played each day, with Friday’s matches worth one point, Saturday’s two and Sunday’s three.

Each player plays at least one singles match in the first two days, but no player can play singles more than twice in three days.

After Federer plays in the doubles, he will withdraw from the tournament and will be replaced by alternate Matteo Berrettini.

At least four players from each team must play doubles, but no combination of doubles can be used more than once.

Best of three sets is played, but the third set is tied at 10 points if the first two sets are split.

The winning team is the first to reach 13 points. With 24 points available, in the event of a 12-12 tie, the deciding game is played.

What is the Laver Cup schedule?