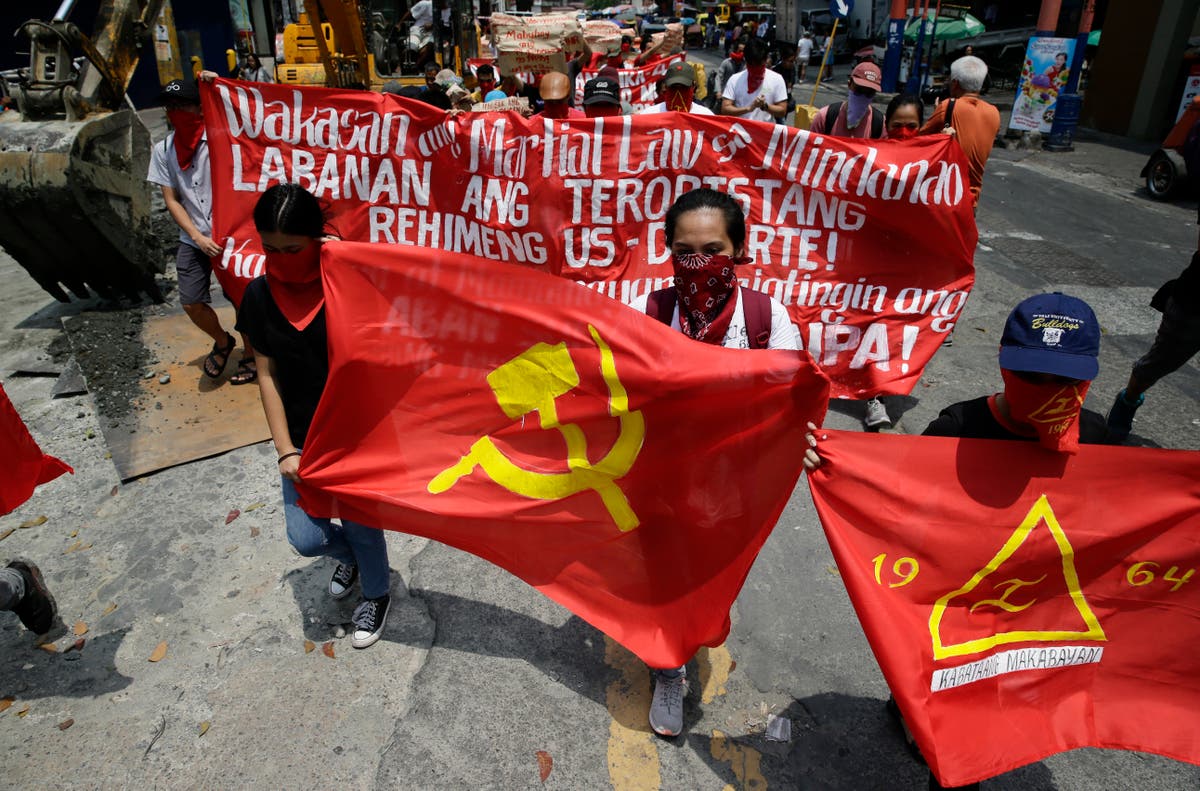 A Philippine court has rejected a government petition to declare the Communist Party of the Philippines and its armed guerrilla wing a terrorist organization, in a decision that officials have vowed to appeal but was welcomed by activists who have long rejected labeling the rebels as terrorists.

Manila The ruling by Regional Court Judge Marlo Magdoza-Malagar, signed Wednesday, is a legal victory for activists and government critics and a setback for security officials who have long accused leftist organizations of covertly serving as legal fronts for A Maoist guerrillas.

The court called on the government to fight the communist insurgency, one of Asia’s longest, with “respect for the right to dissent, due process and the rule of law”. She expressed concern about “red-tagging” or associating activists with rebels, which she says is a “harmful practice” that threatens government critics.

“While both insurgency and terrorism may involve the use of violence, violence in insurgency is directed against the government or any part of it,” the court said in a 135-page decision. “Insurgents always target agents of the state, such as the military or the police, in an insurgency.”

“Terrorism, on the other hand, is directed against the civilian population with the intention of causing extreme and general fear and panic in the latter,” the court said.

Renato Reyes of Bayan, an alliance of leftist groups, said “labeling revolutionaries and those participating in peace talks as ‘terrorists’ is wrong, counterproductive and undermines any possibility of a political solution to the armed conflict.”

Emmanuel Salamat, a retired Marine general who heads a government task force helping to oversee efforts to end the decades-long insurgency, told reporters he was saddened by the court’s decision, as the rebels have carried out acts of terrorism, including killings, for decades.

“This is like disregarding the sacrifices of our soldiers, the first fighters on the ground, our heroes who gave their lives,” he said. He stated United States and other countries that have listed the rebel New People’s Army as a terrorist organization.

The court assessed nine separate deadly attacks and acts of violence, including the burning of a chapel and rural houses in the province, which government witnesses said were carried out by communist guerrillas in the south of the country from 2019 to 2020. But it heard witnesses identify the attackers as rebels based on of their black combat uniforms and firearms.

The court also said that any fear the attacks may have caused may have been limited to the communities where they occurred and did not reach the “widespread” and “extreme” panic of a terrorist attack described in Philippine law. “Nine atrocities fall into the category of small-scale shoot-and-run attacks and sporadic acts of violence without specific victims or targets,” the court said. Authorities failed to prove that the attacks were carried out to force the government to comply with the demand, a key element of terrorism as defined in the law.

The Maoist rebel force was founded in 1969 with only about 60 armed fighters in the northern region of the country, but gradually grew and spread across the country.

Battle setbacks, surrenders and infighting have weakened the guerrilla group, which remains a key threat to national security. The insurgency has killed around 40,000 fighters and civilians, and economic development has stalled in provinces where, according to the military, several thousand rebels are still active.