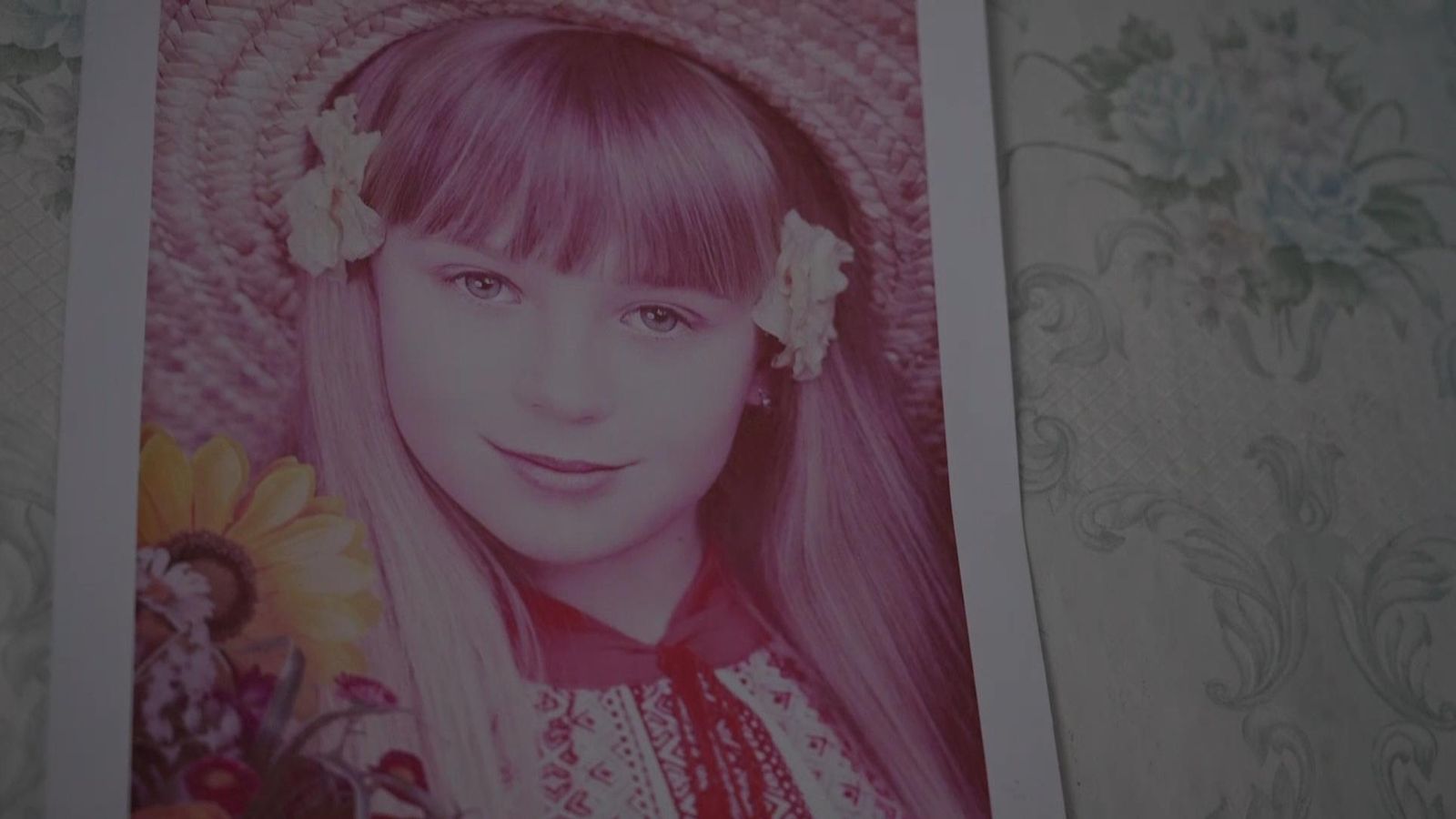 The offer seemed compelling to any family living in a war zone – send your children to a summer camp in Russia to relax, enjoy the weather and swim in the sea.

Parents of 13 families in one Ukrainian village occupied by Russian forces accepted.

On August 28, around 6 a.m., a bus came, picked up the children and took them away Ukraine to the camp, hundreds of kilometers away Russian Black Sea coast.

It was intended for a three-week break.

But halfway through, a Ukrainian counter-offensive in the Kharkiv region of northeastern Ukraine unexpectedly ended the Russian occupation of their village.

The mothers of two girls, one aged 13 and the other 9, are desperate.

“I’m so worried,” said Natalia Med, standing in the living room of her home in Kozachi Lopan, a rural village surrounded by fields that stretch to Ukraine’s border with Russia.

On the wall are several photos of her daughter Karina, 13, a pretty girl with long blonde hair. Her mother described her as sensitive, chatty and fun.

“I just want her to come home as soon as possible so I can hug her and kiss her,” she said and started to cry, wiping the tears that were rolling down her cheeks.

Another mother, Tetiana Hlahola, 38, is also in despair at the news.

Her nine-year-old daughter Polina similarly disappeared on the holiday bus.

“It’s very difficult because I don’t know what to do,” she said. “We’re all asking for our baby back… I don’t know how she’s going to feel right now.”

She showed a video of her daughter dancing on her husband’s cell phone. It was recorded just a few days before her departure.

“We hugged. We wished each other the best. We kissed and she left,” Tetiana described the moment they said goodbye.

“Nobody knew it would be so hard to get her back.”

Russia is accused of forcibly relocating hundreds of thousands of Ukrainians during the war. There is no indication that the camp was a deliberate ploy to steal the children, but Moscow does not appear to be doing much to help reunite the children still stuck.

The Russian forces controlling the village told the parents that the Medvezhonok summer camp would be an idyllic retreat for the children, away from the shelling and rocket fire that occasionally rocked the village given its location right next to the border.

Natalia took home a copy of a Russian newspaper, which contained an article about the trip and a photo of many children, including Karina, going to the camp.

“We trusted them,” said the mother.

She said that Karina had been thinking about whether to leave for a whole week because she didn’t want to leave her mother. But in the end she decided to participate, as three other friends signed up.

Read more:
Draft-age Russians are fleeing the country as airfares rise and border crossings soar
“Reasonable grounds” to suspect war crimes committed in Ukraine, says international court
‘We are afraid’: Ukrainians on the frontlines as Russia strikes back in the east

Recalling the last conversation, her mother said she told Karina, “Don’t worry, sweetheart, everything will be fine.” She cried on the bus. I also. Then she was gone.”

Locals in the village said that eleven other groups of parents who had sent their sons and daughters to the camp decided to leave with the Russians when they withdrew.

Natalija said that she would also be happy to go to Russia to pick up her daughter, but only if she had a guarantee that both of them would be allowed to return home.

“I’ll take any opportunity, any hint, if any can help me,” she said. He spends his time getting information from the Ukrainian authorities.

Tetiana does the same. She said she could not afford to travel to Russia and did not have a passport.

“I thought they were [the Russians] would deport Polina and send her home. Why do they need other people’s children?” she asked.

She said she hopes Russia is not holding her daughter on purpose.

“We don’t think we could be” that cruel, she said.

Tetiana sent a message directly to her daughter saying: “Polina, my daughter, if you see me, please don’t worry, don’t be nervous. Daddy and Mommy will bring you home.

“Be a fighter. You know what those words mean… We’ll get you back. I promise. Just don’t worry. We love you so much.”