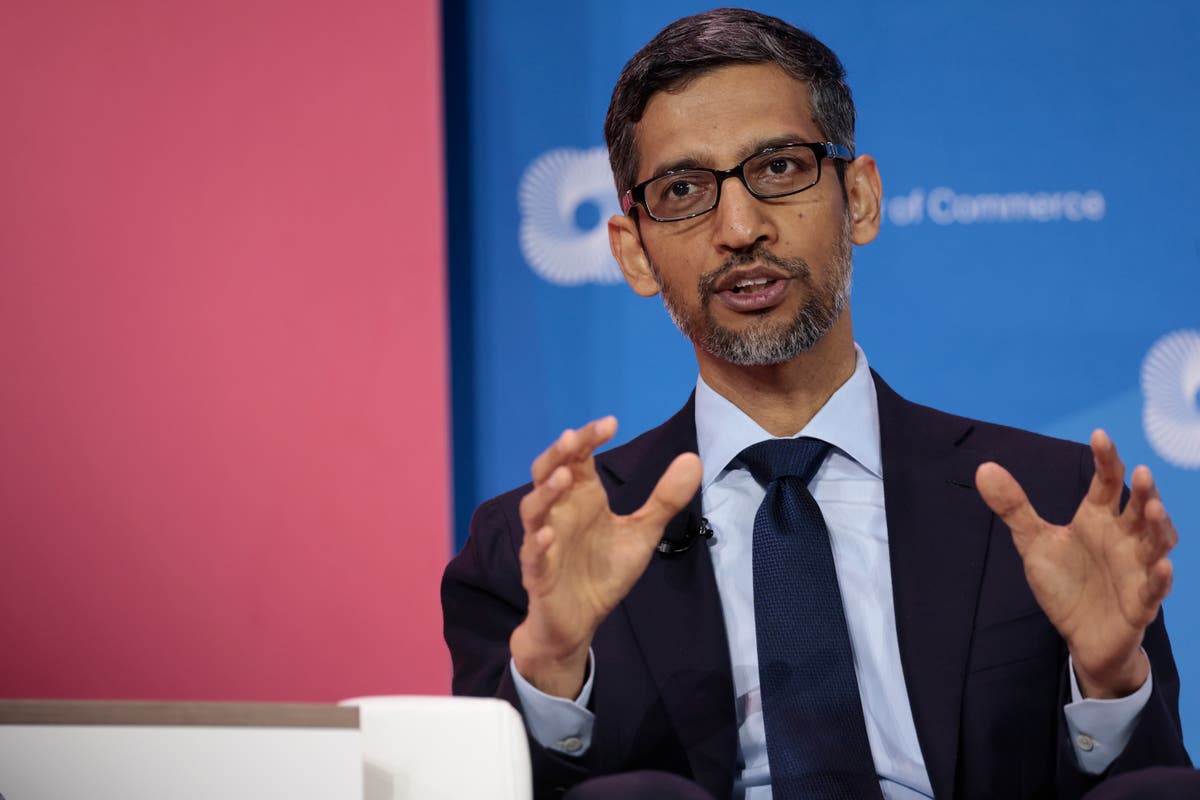 Google billionaire CEO Sundar Pichai ruffled feathers this week at an all-hands meeting focused on cutting costs at the tech giant, telling employees not to “equate fun with money.”

During the meeting, employees asked Mr. Pichai on an internal messenger in a high-profile question why the company “disrespected employees” by cutting off Google’s famous benefits when the company has “record profits and huge cash reserves.” according to audio of the meeting obtained by CNBC.

“I remember when Google was small and scrappy,” Mr Pichai reportedly replied. “It wasn’t always fun – we shouldn’t always equate fun with money. I think you can walk into a hard-working startup and people might be having fun, which shouldn’t always mean money.”

“How do I say this?” the CEO is said to have said while discussing the issue. “Look, I hope you’re all reading the news, out there. The fact that you know that we are a little more responsible in one of the most difficult macroeconomic conditions of the last decade, I think it is important that we as a company come together to get through such moments.”

“Sundar has consistently spoken to the company over the past few months about ways we can be more focused,” the spokesperson said in a statement. “Tuesday reinforced what we have been discussing as a company: that we are in a moment of uncertainty. That our leaders strive to be accountable and effective in everything their teams do – whether it’s responsible for travel or events, or ensuring our people are working at their highest impact/highest priority.”

The company faces many challenges, from the effects of the pandemic to rampant inflation.

In July, Google reported its the slowest revenue growth in the last two yearsas advertisers pulled back during the pandemic due to recession fears.

Google’s holding company, Alphabet, continues to generate revenue and profit. Revenue was up 13 percent year-over-year, and profit was $16 billion, although that figure was down 14 percent from last year.

After the results were announced in July, Mr. Pichai urged employees in an internal memo to be “more entrepreneurial” and show “more urgency, sharper focus and more hunger than we’ve shown in sunnier days.”

That same month, the company announced “Simplicity Sprint,” which CEP explained was in response to “genuine concerns that our productivity as a whole is not where it should be based on the number of employees we have.”

This year, the company has laid off 100 Google cloud workers, canceled the planned release of its next-generation Pixelbook laptop and cut parts of Area 120, its internal research incubator.